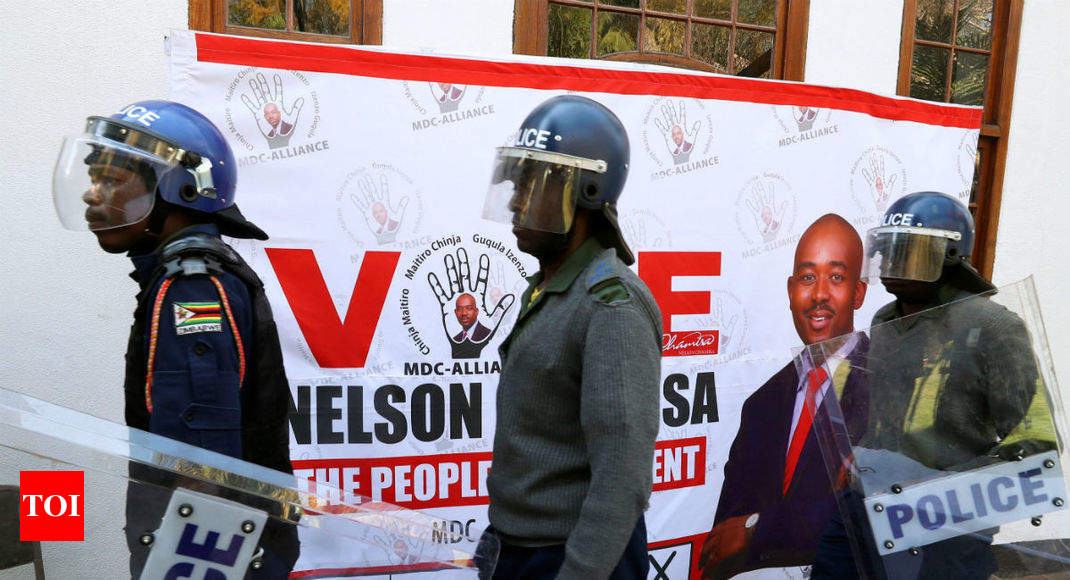 HARARE: Zimbabwean riot police entered a Harare hotel on Friday to break up a planned press conference by opposition leader Nelson Chamisa, who has rejected election results announced in the early hours of the morning.

The police, carrying shields and teargas canisters, prevented the event from starting at the Bronte Hotel in the capital, AFP reporters witnessed.

President Emmerson Mnangagwa was declared victor after winning 50.8 per cent of the vote in Monday’s historic first polls since Robert Mugabe‘s ousting last year — just enough to avoid a run-off against Chamisa, who scored 44.3 per cent.

Chamisa has lashed out at what he called “unverified fake results”.

“The level of opaqueness, truth deficiency, moral decay & values deficit is baffling,” he wrote on Twitter.

Opposition allegations of foul play had already sparked a deadly crackdown on protesters in the capital on Wednesday when troops opened fire, killing six.