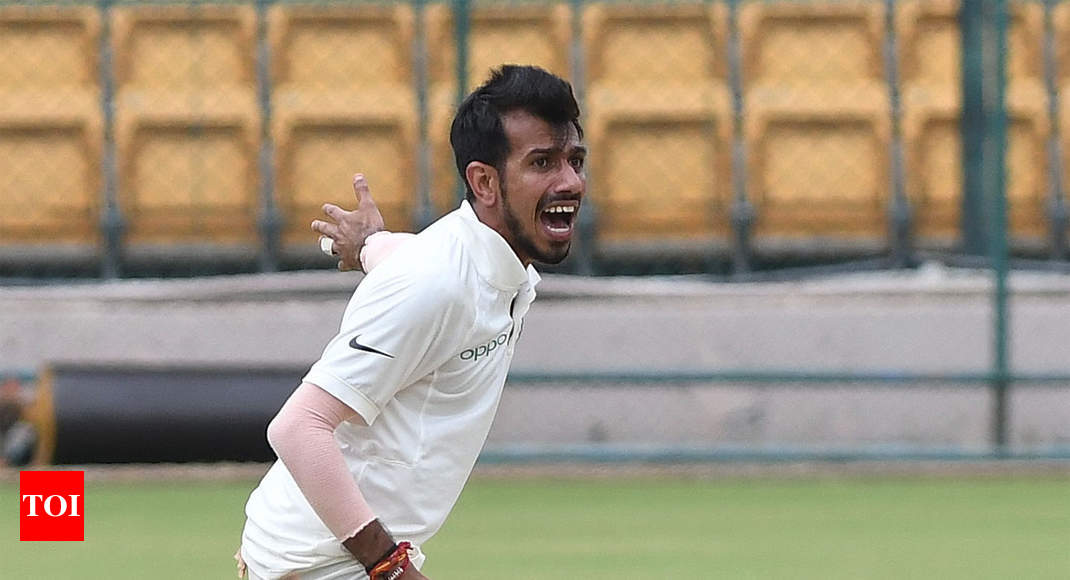 NEW DELHI: Rising leg-spinner Yuzvendra Chahal says “using the brain more” is important while playing red-ball cricket as batsmen tend to attack the bowlers less in the longer format of the game.

Chahal, who returned to the longer format after a gap of two years, finished the two-match four-day India A series against South Africa A with four wickets.

“It does take a bit of time to adjust because the batsmen don’t have a lot of pressure,” Chahal was quoted as saying by the International Cricket Council (ICC) website, after the second game in Alur.

“In ODIs and T20s, if the run rate is high, then the batsman tries to go after you and get out. But in the longer form you need to get them out with your skills.”

“You need to use your brain more. So it’s quite different because you need to bowl 30-35 overs here, but only four overs in T20s,” he added.

The 28-year-old enjoyed his outing in the white-ball matches against England, but was overlooked by the Indian selectors from the squad for the first three of the ongoing five-Test rubber, where India trail 0-2 after losing the opening two matches.

“My experience of England was very good because it was my first tour, but my focus is on this game. If my name doesn’t come, then my mind will be on the Asia Cup. So I’ll shift my focus on that series after this game,” he said.

The Virat Kohli-led No.1 Test side failed to put up a fight in the first two matches, but Chahal is hopeful that the visitors will bounce back in the remaining three matches.

“The conditions are great for pacers in England, swing is there too. You saw James Anderson reached 550 wickets,” Chahal said.

“Batting is always tough there, but, it’s a five-game series. Even if you lose early matches, you have the opportunity to come back in the final three games,” he added.