Visakhapatnam: YSR Congress Party chief Jagan Mohan Reddy was stabbed by a Guy with a sharp-edged object Within the Visakhapatnam Airport at Andhra Pradesh on Thursday afternoon. He suffered minor injuries on the arm. 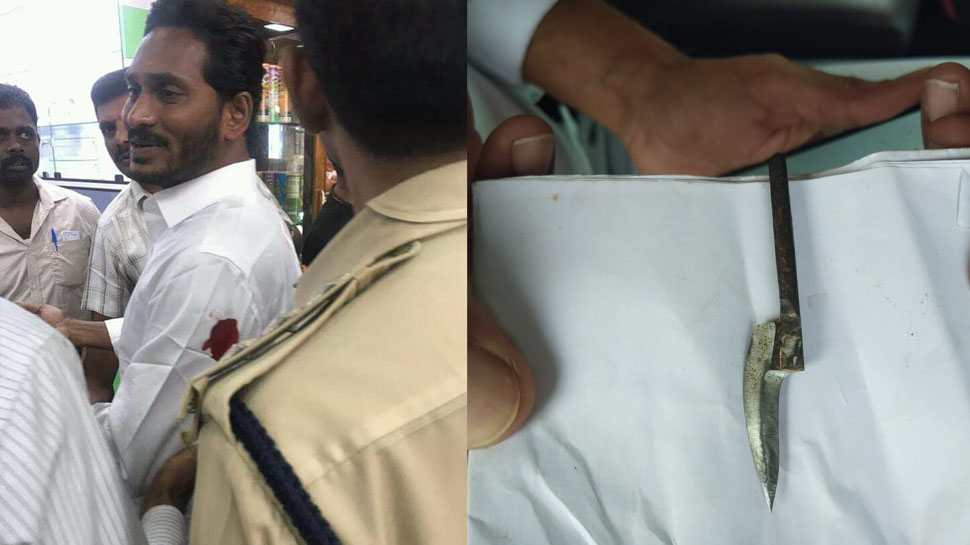 He was on his way to Hyderabad.

The assailant, Srinu, worked as a waiter at the airport canteen. He came up to Reddy on the pretext of taking a selfie and launched an attack, reported news agency.

YSRCP supporters staged a protest outside the Vishakhapatnam airport after Reddy was stabbed in his arm.

After an attack at the airport, in the meantime Reddy informed that he is safe.

He tweeted, “To everyone worried about my safety, I’d like to inform you that I am safe. God’s grace & love, concern & blessings of people of Andhra will protect me. Such cowardice acts will not dissuade me but only strengthen my resolve to work for the people of my state.”

YSR Congress party has alleged a conspiracy behind the knife attack on its party chief YS Jagan Mohan Reddy at the Visakhapatnam airport on Thursday afternoon.

YSRC, in a statement, claimed that the cafeteria at the Visakhapatnam airport was owned by ruling Telugu Desam Party leader Harshavardhan, who was aspiring to contest the next election from the district.

The party has called for a thorough probe into the stabbing incident.

Andhra Pradesh and Telangana Governor ESL Narasimhan have sought full report of the incident from the state’s DGP.

Union Civil Aviation Minister Suresh Prabhu  has also ordered a thorough probe into the incident consequently while condemning the attack in strongest terms.

Reddy was taken to the immediately taken to the Omega hospital shortly after his arrival in Hyderabad from Visakhapatnam. He is currently undergoing treatment at the hospital.

He was injured in an attack on Thursday afternoon by a worker in an airport canteen at Vishakhapatnam airport.

Reddy was given first aid immediately after which he left for Hyderabad.

Condemning the attack, All India Majlis-E-Ittehadul Muslimeen Party (AIMIM) chief Asaduddin Owaisi tweeted, “I strongly condemn the cowardly attack on @ysjagan this is a major security lapse which must be probed @sureshpprabhu how can a person bring a dagger inside the airport, and in a lounge, politicians are vulnerable with this NEW phenomenon of selfies”.

“Shocked by the attack on Mr. Jagan Reddy, immediately asked all agencies to investigate the matter thoroughly, including @CISFHQrs.Asked secretary civil aviation to fix responsibility. I strongly condemn this cowardly attack, we will punish the guilty. Investigations are underway, started immediately,” he tweeted.

BJP MP GVL Narasimha Rao condemned the attack on AP opposition leader and Vice-President Jagan. He said the attack on the airport, which is safe, is suspected. All parties should condemn the attack. The GVL demanded that the state government should immediately order a judicial inquiry. He also tweeted to this extent in addition.

The 45-year-old leader is the son of former Andhra Pradesh chief minister YS Rajasekhara Reddy. He founded the YSR Congress Party in March 2011 almost four months after quitting the Congress.

Jagan Mohan Reddy is currently the Leader of Opposition in the Andhra Pradesh Assembly after his party emerged as the second largest in the state elections in May 2014. Adjacent to this Jagan had won from Kadapa constituency in the 2009 Lok Sabha elections as a member of the Congress.

3 Comments so far. Feel free to join this conversation.