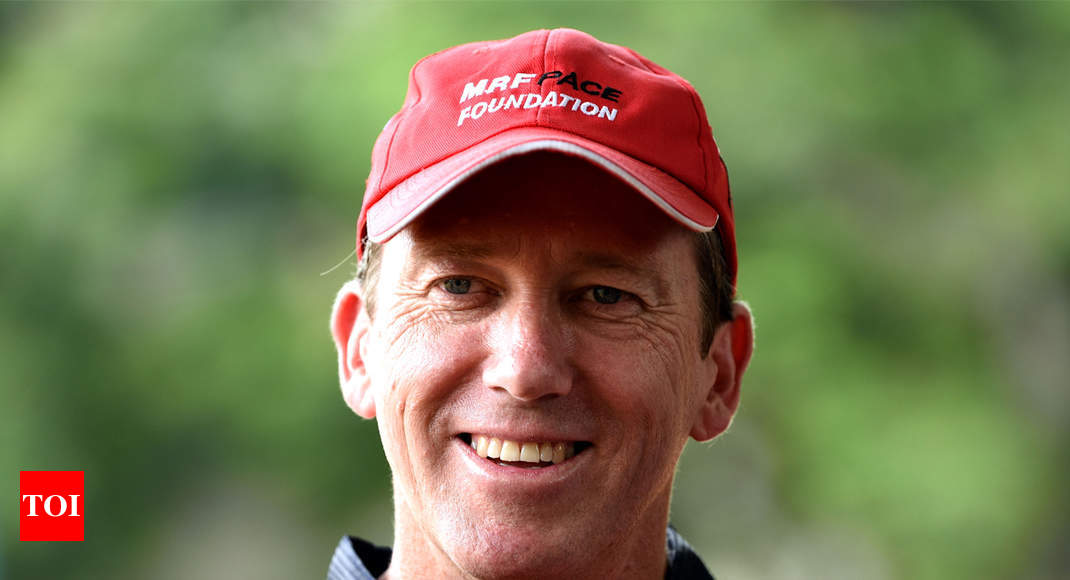 BENGALURU: Former Australian seamer and one of the sport’s all-time great, Glenn McGrath believes that India are well stocked as far as quality pace bowlers are concerned and believes that there are more in the pipeline.

In the city as part of a two-day programme set up by MRF Pace Foundation – of which he is the director of coaching – the legendary bowler touched on a variety of topics.

On young Indian fast bowlers: I have enjoyed working with the young Indian bowlers. We try to make sure most of them go and play the next level, the Ranji Trophy, IPL or India ‘A’. We have got few of our (from MRF Pace Foundation) boys playing India ‘A’ at the moment. Khaleel Ahmed, Prasidh Krishna and Ankit Rajpoot are in India ‘A’ teams. Ankit, I think he has got the potential to go on represent India and be a quality bowler for a long time. We have Basil Thampi who played IPL. There are lot of other guys ready to move up the next level.

On the Birmingham Test: To win Test matches you have to take 20 wickets. India have shown recently that they are capable of taking 20 wickets. The pitch probably did a little bit, but it kept the game moving forward. Both teams missed opportunities. Kohli showed that if you apply yourself you can still score runs in those wickets.

On travelling teams: When Australia goes to England or India, we don’t do well. When England went to Australia, they lost 5-0. Whether it’s a scheduling issue where there is not much time to get used the conditions. They (touring teams) need to find ways to perform better when on tour.

On Virat Kohli: I tell these boys (at the Foundation) about Kohli, he works harder than anyone else. I was commentating in the Adelaide Test (2014). I used to head to the gym in the morning and I stayed in the same hotel as the Indian team and every morning, I would see Kohli in the gym getting a bit of work in as preparation for the day. I didn’t see any other players. That’s why he is number one in the world. It takes hard work to get to that level, play Ranji trophy or IPL. But once you get there it takes twice as much work to stay there and look to move on.