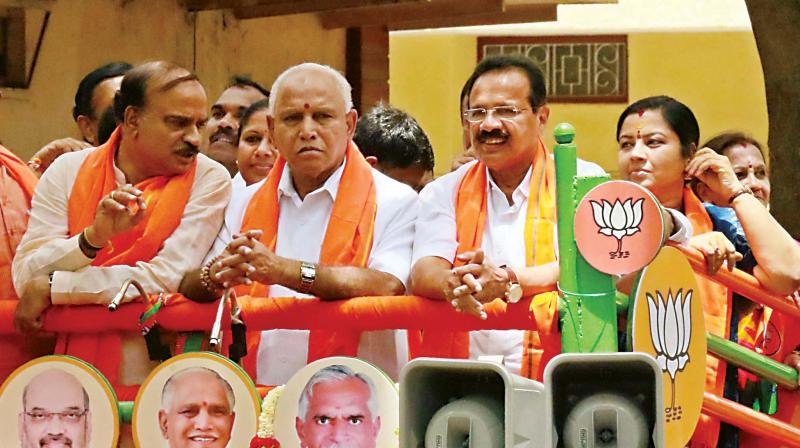 Bengaluru: Upset over Chief Minister H.D. Kumaraswamy remarks against his use of a helicopter to attend the funeral of Ilkal Swamiji Dr Mahanta Shivayogi on May 21, Opposition leader in the Assembly B.S. Yeddyurappa dashed off a letter to the CM and registered his protest.

In the letter, Mr Yeddyurappa said, “I have not spent lavishly as you (CM) mentioned, as a former CM, it was my duty to attend the cremation of the Swamiji. Later I went to a farmer’s house in Chennagiri to meet the members of the farmer’s family. But you say using a chopper was lavish expenditure. I am ready to bear that expense from my pocket if you consider it lavish”, Yeddyurappa said.

“Following the advice of additional chief secretary Laxminarayana, I visited the farmer’s house, it was an urgent visit for me at that point of time. But you have unnecessarily raked up the issue. I am hurt over your remarks, I know you don’t have any regard for the pontiff”, Yeddyurappa mentioned in the letter.

“After assuming charge, you are busy with cabinet expansion. Governance has completely come to a standstill. Instead of concentrating on governance, you have unnecessarily highlighted my tour. I request you to stop such politicking. Show your will power and waive crop loans”, he told the CM.