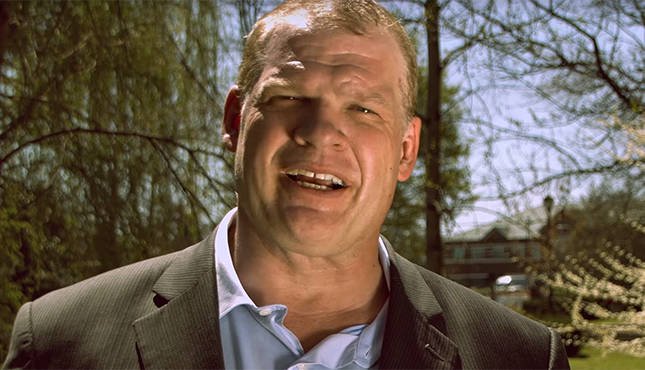 The Republican candidate, whose ring persona was a badly burnt pyromaniac, amassed 66.39 percent of the county’s votes.

Glenn Jacobs, known more widely as the WWE pro wrestler Kane, won the mayoral race in Knox County, Tennessee on Thursday night. Cumulative results of the election show that the Republican candidate amassed 66.39 percent of the votes, compared to rival Linda Haney, who had 33.61 percent.

“I’m just really happy. It’s been a lot of work. I just thank my family and all the volunteers that made this happen. I thank the people of Knox County,” Jacobs told WBIR 10 News on Thursday night of his victory.

Jacobs campaigned on a platform of low taxes, prioritizing education, attracting new jobs and limited government in a county that has primarily voted Republican in recent presidential races. Though he’s a native of Missouri, Jacobs now resides in eastern Tennessee.

The victory came after Jacobs narrowly won the Republican nomination by 23 votes against rival Brad Anders, the Knox County commissioner, on May 1. That primary was beset by a cyber attack directed at the Knox County Election Commission website, according to a report by Sword & Shield Enterprise Security.

Though Jacobs performed under several personas during his time in the WWE, his best-known role, Kane, was a pyromaniac who was so badly burnt that we wore a mask that covered half his face. Kane has returned to the ring as recently as July 15, when he appeared on Extreme Rules.