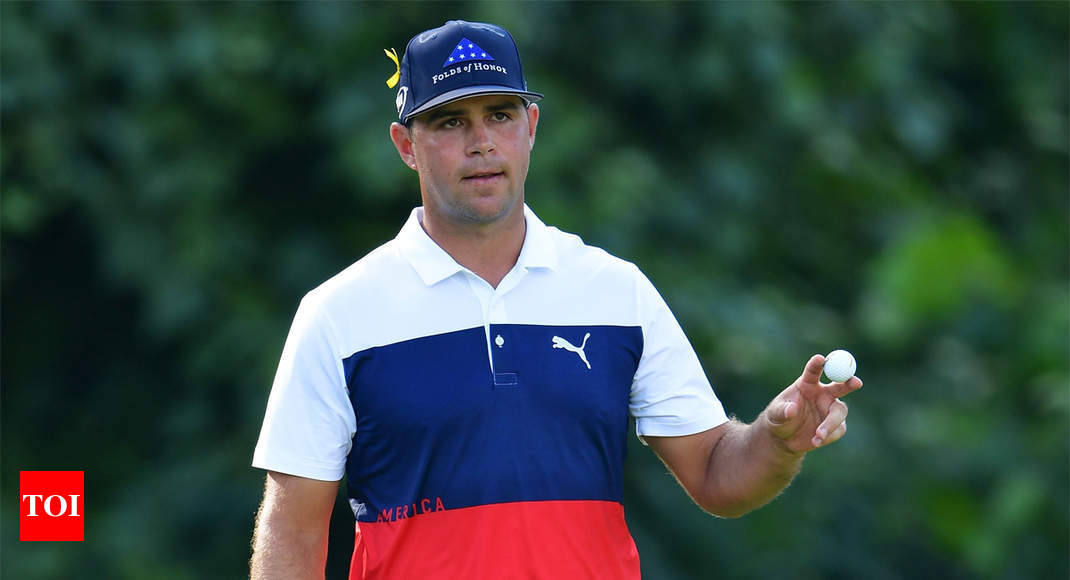 ST. LOUIS: Gary Woodland is frustrated with a record of major futility and trying on US team uniforms for fittings only to be left off the Ryder Cup or Presidents Cup roster.

But all that might be about to change for the 34-year-old American because he got a new grip on his putter and soared to the first-round lead Thursday at the 100th PGA Championship at Bellerive.

Woodland sank seven birdies in a 10-hole stretch, dropping a career-best 153 feet of putts in all, to fire a six-under par 64 and lead compatriot Rickie Fowler by a stroke round one.

He barely missed an 18-foot birdie putt at 18 to match the lowest round in PGA Championship history.

“Definitely in the majors it’s frustrating,” Woodland said. “I don’t even have a top-10, which is frustrating because I feel like where I am and where I should be is not results that I have had.

“This year I thought going in the golf courses suited me as well as any year lately and I just still got nothing.”

That, however, was before a breakthrough talk with putting coach Phil Kenyon at the British Open and a simple change of grip on his putter.

“I literally put a SuperStroke grip on and it fixed everything,” Woodland said. “Phil said don’t change anything. I didn’t have to think anymore. I literally grab the putter and go.

“I was hitting it so good and just got nothing out of it. He showed me some things he saw that I was doing wrong in my stroke and it really took the last week and a half, a lot of time on the putting green, and I’ve started to feel pretty comfortable this week and it was nice to see results.”

“I’m hitting it so well if I give myself the chances like I did today good things will happen,” Woodland said.

He’s not measuring himself for a Ryder Cup outfit just yet, even though the Americans defend the trophy next month in France. But he hasn’t given up a trip to Paris, either by winning this week to qualify on points on earning a pick from US captain Jim Furyk.

“I definitely think there’s still room,” he said. “That’s been as frustrating as my major record. I’ve been in the fitting I think for the last seven years for all the Ryder Cup and Presidents Cup’s fittings.

“I tried all the clothes on. I’ve seen them all and I’ve just never had a chance to make the team. Last year was probably as close as I made and that’s frustrating.”