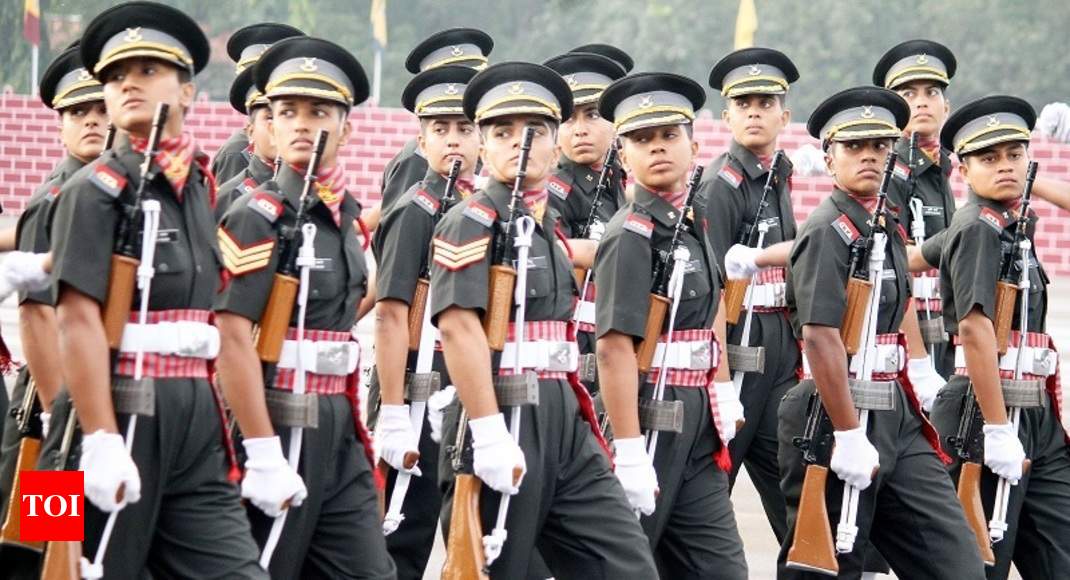 NEW DELHI: Women officers will now be able to opt for permanent commission in some other branches of the armed forces, apart from the existing ones like legal and education, though there is no plan to induct them in combat arms like infantry, mechanized infantry, artillery and armoured corps or allow them to serve on board warships and submarines.

“I wish to share some wonderful news with my brave daughters. Women officers who have been appointed through the short service commission (SSC) in the armed forces will get a permanent commission (PC). The selection process will be transparent and like the one for male officers,” said PM Narendra Modi, in his Independence Day address on Wednesday.

Defence ministry officials, in turn, said the government will now come out with a comprehensive policy on granting PC to women officers in the next couple of months after consultations with the Army, Navy, and IAF.

The PM’s announcement comes four months after the government told the Supreme Court that it was considering granting PC to women officers recruited through the SSC route in the Army.

Women officers, who under the SSC can serve for a maximum of only 14 years, have been demanding PC for a long time but have had to contend with entrenched mindsets in the predominantly male environs of the armed forces.

Despite being inducted into the armed forces since the early-1990s, women officers (they are not inducted in lower ranks) number just 1,561 in Army, 1,610 in IAF and 489 in the 65,000-strong officer cadre in the over 14-lakh armed forces. Only around 350 women officers have been granted PC till now. These figures do not include the women officers in the medical, dental and nursing streams, who are inducted through the PC route.

After long legal battles, the government in 2011 had finally decided that women SSC officers would be considered for grant of PC in the judge advocate general and education branches of the three services, which do not involve “command and control” of men and battalions, as well as the naval constructors wing and IAF accounts branch.

Under the new policy, women SSC officers in other wings like ordnance, signals, engineers, intelligence, air defence, logistics and air traffic control, among others, will now also be able to opt for PC in them.

“The technicalities will have to be worked out. Will they, for instance, command air defence or engineering units in Army? Will they get PC in the flying stream in IAF and Navy?” said a senior officer.

Incidentally, apart from the around 100 SSC women pilots of helicopters and transport aircraft, the IAF is now also training six women to be fighter pilots “on an experimental basis for five years”. In the Navy, the first batch of women SSC pilots in the maritime reconnaissance stream are also currently undergoing training.