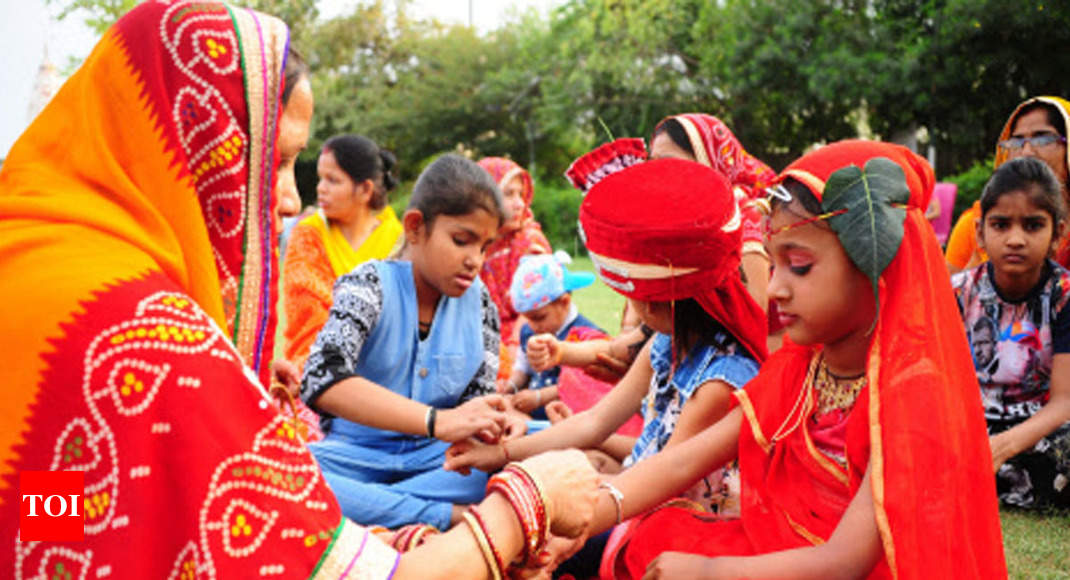 NEW DELHI: The Women and Child Development Ministry is set to move the cabinet to make all child marriages invalid, a senior ministry official said Wednesday.

The proposal of the ministry, if approved, would amend the law that allows child marriages to continue, despite an October 2017 Supreme Court ruling that “sexual intercourse with a minor wife amounts to rape, as under no circumstance can a child below 18 years give consent, express or implied, for sexual intercourse”.

Currently, child marriages are valid in India, but can be annulled if a case is filed in a district court by either of the two contracting parties within two years of becoming adult, or through a guardian in case of minors.

The ministry seeks to amend section 3 of the Prohibition of Child Marriage Act, under which a child marriage is only voidable at the option of the contracting parties.

The Women and Child Development Ministry official said a draft cabinet note has been circulated that proposes to make child marriages “void ab initio” (invalid from the outset).

The legal age for marriage in India is 18 for a woman and 21 for a man.

According to a study based on Census 2011, there are 2.3 crore child brides in the country.

The National Family Health Survey (NFHS) 2015-16 also showed that 26.8 per cent women were married off before they turned 18.

According to the NFHS 2015-16, nearly eight per cent girls in the 15-19 age group had already become mothers or pregnant at the time of the survey.

“The World Health Organisation, in a report dealing with the issue of child brides, found that though 11 per cent of the births worldwide are among adolescents, they account for 23 per cent of the overall burden of diseases. Therefore, a child bride is more than doubly prone to health problems than a grown up woman,” the apex court had said last year, expressing dismay over the alarming number of child brides in the country.