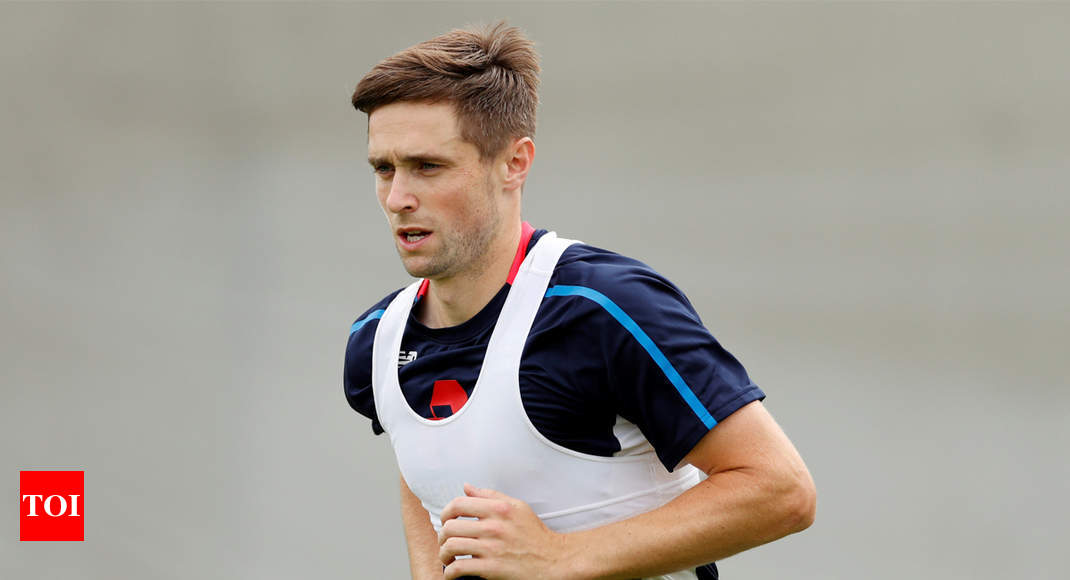 BIRMINGHAM (United Kingdom): England recalled Chris Woakes in place of Ben Stokes and brought in Ollie Pope to replace the dropped batsman Dawid Malan when they named a 13-man squad on Sunday for next week’s second Test against India at Lord’s.

Stokes took three wickets on Saturday, including the prize scalp of India captain Virat Kohli, as England won a thrilling first Test at Edgbaston by 31 runs to go 1-0 up in a five-match series.

But England have long known they would likely be without Stokes at Lord’s because of his trial on a criminal charge of affray that starts in Bristol on Monday – just days before the second Test gets underway on Thursday.

They have now replaced Stokes with fellow pace-bowling all-rounder Woakes, who missed out on a Test at his Warwickshire home ground because of concerns he had not then bowled enough overs following a return from a knee injury.

At Edgbaston, he was out for eight and 20.

He also twice dropped Kohli in the slips before the India skipper had got to three figures in his first-innings 149 – the star batsman’s maiden Test century in England.

Off-spinner Moeen Ali and uncapped Essex paceman Jamie Porter were retained in the squad after being left out of England’s XI in Birmingham.

Pope, who in common with county team-mate Sam Curran – the man-of-the-match at Edgbaston after starring with both bat and ball – is aged just 20, has been in fine form for Championship leaders Surrey this season.

He has scored 684 Championship runs at a huge average of 85.50, including three centuries and a top score of 158 not out.

He also made an unbeaten fifty for the second-string England Lions in a 253-run win over India A in a first-class fixture at Worcester last month.

“He has reached a 1000 first-class runs in just 15 matches and is the first division’s stand-out batsman this season with 684 runs at 85.

“The selection panel believe that Ollie’s performances and character suggest he is well suited to international cricket.”

“Dawid has not found his best rhythm this season, and it may be that his game is better suited to overseas conditions.”

Turning to Woakes’s inclusion, Smith said: “Ben Stokes is unavailable, but Chris Woakes, with some extra matches and practices under his belt, can now return to the England squad after injury.”

England squad for the second Test against India at Lord’s, August 9-13: