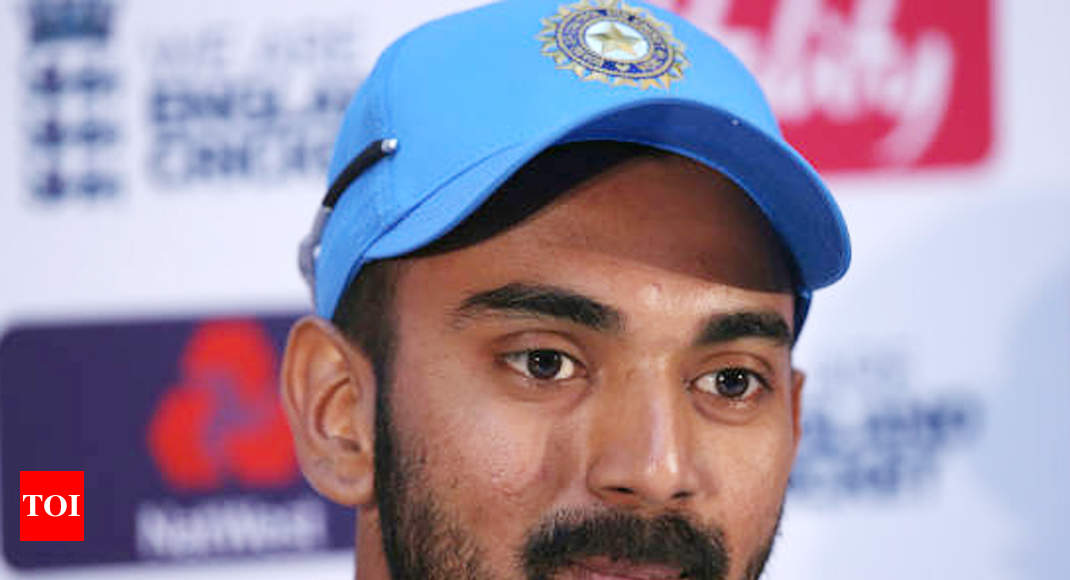 CARDIFF: In-form Indian batsman KL Rahul has heaved a sigh of relief after finally breaking his chain of half-centuries with a sublime hundred against England in the opening T20 International of the three-match series.

He scored 101 not out off 54 balls to help India beat England by eight wickets, giving the visitors a 1-0 lead in the three-match series.

Until Tuesday, Rahul had gone 564 days without breaching the three-figure mark. His last hundred also came against England, in the fifth Test at Chennai on December 16, 2016, wherein he scored 199 runs.

“Trust me I know (it had been 564 days). Quite honestly I didn’t know what to make of it, whether I was in form or out of form. I kept getting the fifties and was getting out. I was batting well, but somehow I couldn’t get to the three-figure mark so it was quite frustrating. Being in and out of the team, injuries, and sickness, it all was playing on my mind and kept frustrating me even more,” said Rahul ahead of the second T20 here on Friday.

“I realized somewhere down the line that it is still better than getting out on single-figure mark and stopped worrying about the three figures. I wanted it really bad and am very happy that it came here in England, in the first game of the series and hopefully I can carry that confidence forward and use the form and make it big.”

Rahul came out to bat at number three ahead of skipper Virat Kohli and Suresh Raina, who had been the regular at this spot in T20Is this year since the tour of South Africa.

He underlined the importance of batting up high being a top-order batsman himself, but also said that the team management had made it clear that all players – whether batsmen or bowlers – had to be prepared to be flexible keeping the 2019 ODI World Cup in mind.

“That’s where I would love to bat and I have always batted at the top of the order. Numbers one and two are what I am most comfortable in. Shikhar (Dhawan) got out early and it still felt like I was opening the batting. It gives me a chance to get my in and even use the powerplay. Whatever chances I get I should make the most of it and I am very happy that I got to bat up the order,” said Rahul.

“(But) It has been made clear that there will be few changes in the team and as a batting unit we need to flexible in our heads to be able to perform any role or responsibility that has been given to us. We are all working towards it. We might want to promote MS Dhoni or Hardik Pandya if we get a good start, to go and get us a few sixes or get the run-rate up. So we will be flexible keeping in mind the World Cup,” he added.

Talking further about the improvements in his batting that have seen him become one of the most dependable batsmen in the Indian line-up, Rahul said, “Before this I didn’t play too many international runs due to whatever reasons, injuries or I have been in the team and not played in the XI.

“When you sit out then you realize that when you get the opportunity how important it is to use that opportunity, not only as a player individually but also for the team. When you get a chance to play, if you help them win a game then the team will start believing that the player can also do this for the team. So building that confidence for yourself and the team is very important.”

Rahul has carried his IPL form into the UK tour and he is very pleased about it.

“I am very happy that my performance in the last 3-4 months and have kept improving with each game. It started in the IPL where I got to bat at the top of the order. I hadn’t played a lot of international games before that, so there was a lot of passion, and I wanted to be out there in the middle and make the best use of the opportunities.

India now have the chance to wrap up the T20I series early on this tour. Another win in Cardiff will give them an unassailable 2-0 lead. All talk in the build-up to this game has been about how England plan to contend with Kuldeep Yadav, who picked 5-24 and sensationally turned the game on its head.

“I don’t think it is just England. A good wrist spinner is a good wrist spinner against any opposition. And with the kind of skill and quality that Kuldeep and Yuzvendra Chahal have, it’s always going to be hard for a team that doesn’t play spin a lot.

“What Kuldeep did was special as getting a five-for in a T20 game isn’t easy. You can be bowling well but most times he could get away for 2 or 3 wickets and gone for 30 runs. But he kept at it. The way Chahal and Kuldeep are bowling, they’re going to be dangerous throughout the series,” said Rahul.