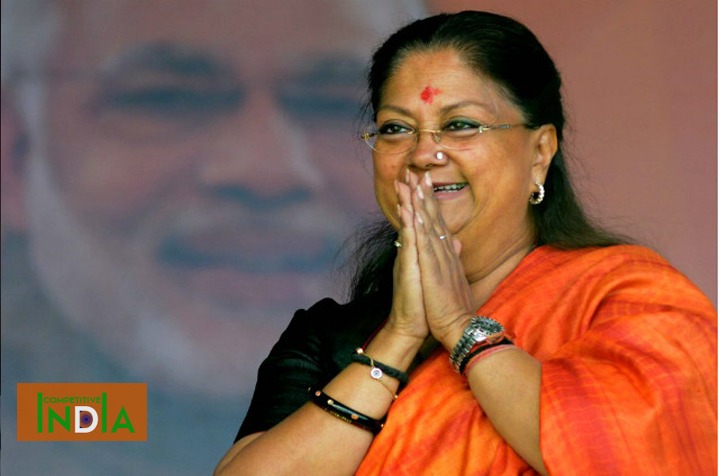 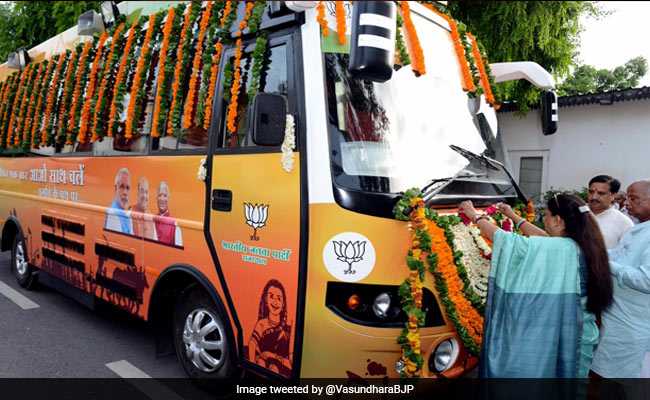 Rajasthan Chief Minister Vasundhara Raje will start a 58-day, 6,000-km yatra today that will roll through 165 assembly constituencies of the state which goes to the polls later this year.

BJP president Amit Shah will flag off the yatra’s bus at Kankroli village in Rajsamand district. The ‘Rajasthan Gaurav Yatra’ trip will end in the temple town of Pushkar on September 30.

A special prayer of the rath, decked with garlands, was performed at the chief minister’s residence in Jaipur this evening before it left for Rajsamand.

The chief minister, Rajasthan Home Minister Gulab Chand Kataria and MLA Ashok Parnami will be on the road for 40 of the 58 days and rest on the remaining days.

Vasundhara Raje will offer prayers at the Charbhuja temple in Rajsamand tomorrow morning and travel 25 km to Kankroli on a helicopter for a public meeting there, before beginning the yatra.

During the yatra, Ms Raje will address 135 public meetings and events to welcome her will take place at 500 places.

The BJP has already named Raje as its chief ministerial candidate in the coming assembly elections and claimed it will win over 180 of the 200 seats.

He said there is excitement among the people to welcome the yatra.

“The list of work done by the BJP government is endless, compared to the previous Congress government,” he said.

Gulab Chand Kataria, who is the yatra convenor, said national-level BJP leaders will hold meetings at the constituencies not covered under the yatra.

“Most of the constituencies kept out of the Gaurav Yatra are in Jaipur division,” Mr. Kataria said.

The yatra will cover the state’s all seven divisions of Udaipur, Bharatpur, Jodhpur, Bikaner, Kota, Jaipur and Ajmer.

Elaborate security arrangements have been made for the yatra, officials said. Hoardings and cutouts of the party president and the chief minister have also come up in several places.

The Congress today said it will raise issues which affect the state while the BJP yatra is on, posing one question to the chief minister every day.