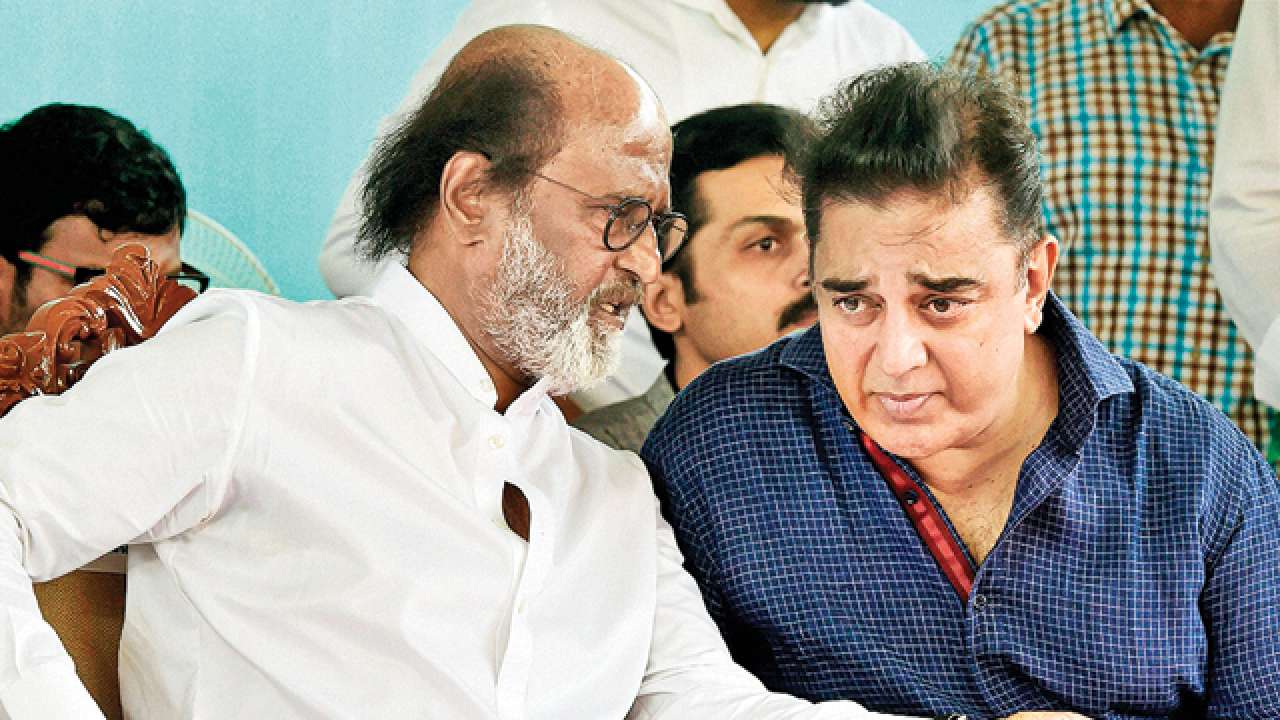 Just a few days ago, Tamil superstar Rajinikanth announced his entry into politics and now, yet another South megastar, Kamal Haasan is all set to take the plunge in the world of politics. The actor will announce his political party’s name on February 21.

Extending his wishes to Haasan for announcing his political debut, Rajinikanth said, “I wish him all the best.” Haasan, earlier in September, had said that he would be willing to work with Rajinikanth, if the superstar decided to enter politics.

Kamal Haasan announced that he will reveal the name of his political party at the beginning of his state-wide tour in Tamil Nadu.

Kamal Haasan’s tour will take place in multiple phases and will start on February 21, 2018.

“As hinted in the press conference of November 2017, I intend to embark on a journey across the state from February 21, 2018, to truly understand the needs of my people, what is afflicting them and what their aspirations are. Further, this momentous journey of meeting people across Tamil Nadu is neither an act of rebellion nor is it a gathering for glamour; this is a journey of discovery and learning and an opportunity for me to truly understand my people,” the letter written by him read.

Haasan’s political tour will start from his hometown, Ramanathapuram, from where he will proceed to various districts of Madurai, Dindigul and Sivagangai in order to interact with locals.