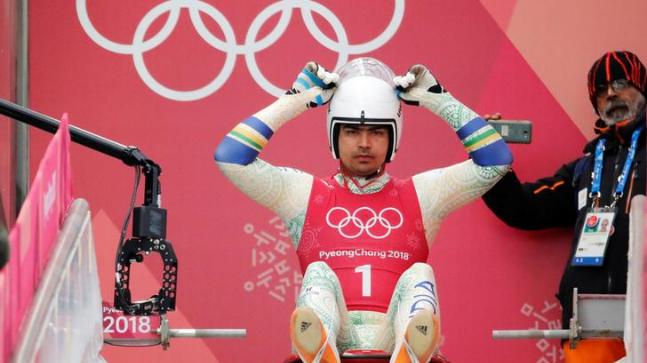 Luger Shiva Keshavan’s 20-year Olympic odyssey comes to an end at the Pyeongchang Games this weekend with a familiar lament about the country’s winter sports apathy.

A teenage Keshavan shot down the luge track on a borrowed sled at Nagano in 1998 and at the age of 36, he will compete in his sixth consecutive Games at the Olympic Sliding Centre.

There will be few compatriots to wish him well in the preliminary runs on Saturday, with cross-country skier Jagdish Singh the only other athlete to qualify from the country of 1.25 billion.

For Keshavan, the face of Indian winter sports for two decades, it has ever been thus.

He was the nation’s sole athlete at the 1998 and 2002 Games and has never had more than a handful of team mates since.

Four years ago at Sochi, he was unable to compete under his country’s flag due to an IOC ban of the Indian Olympic Association for electing corruption-tainted officials.

The ban was lifted during the Games after the Association held another election but not until after Keshavan’s event.

Born to an Indian father and Italian mother in a hamlet in the Himalayas, the luger has relied more on hand-outs than government support to fund his Olympic dreams.

There will be a “little melancholy” involved when he takes his last four runs at the Olympic Sliding Centre.

“It’s hard to give up the sports lifestyle and the Olympic movement, I love it and what it stands for,” he said on Friday.

“But I’m sure I’ll stay involved in the sport because I want to build it up in India now and focus on that.”

Keshavan will carry India’s flag for a fifth time in the opening ceremony later on Friday but his team mate Singh had not yet arrived in Pyeongchang.

There was no certainty he would even make it in time to march.

“It’s part of the bigger problem, let’s say, for sports, and especially winter sports, in India, and it’s why I think it’s time for me to take a step back as an athlete and go and give a much-needed push, because there is no reason why we should not be having a big team and not doing well,” said Keshavan.

Since debuting at the 1964 Games, India has never come close to claiming a Winter Games medal and are unlikely to break the drought in Pyeongchang.

“We have the natural resources, we’re not a poor country, we have a big enough talent pool and there’s a lot of passion as well but something is missing,” Keshavan added.

“We don’t have the culture or the tradition of winter sports so I think I can fill in that role a little bit.”