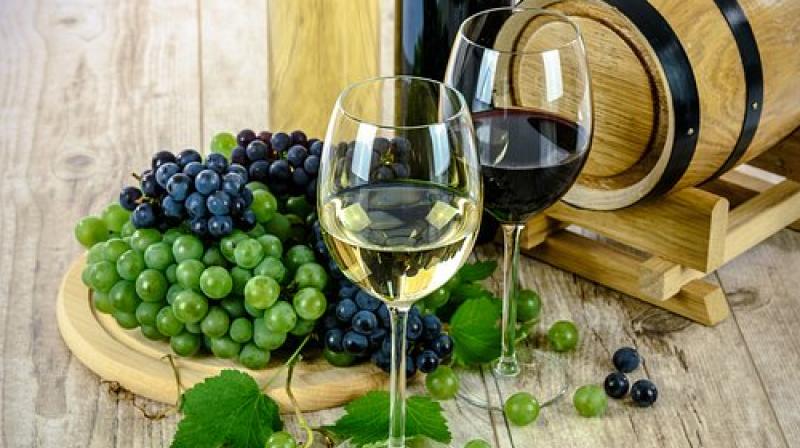 Some diabetics with plaque buildup in their arteries might have less debris in these blood vessels after adding wine to their diets, a recent study suggests.

For the study, researchers examined data on 224 people with type 2 diabetes who normally didn’t drink alcohol, but were randomly assigned to follow a Mediterranean diet and drink approximately one glass of red wine, white wine or water for daily. Among the subset of 174 people with ultrasound images of their arteries, 45 percent had detectable plaque at the start of the study.

Two years later, researchers didn’t see any significant increase in plaque for any of the participants with ultrasounds, regardless of whether they drank wine or water.

However, among the people who started out with the most plaque in their arteries, there was a small but statistically meaningful reduction in these deposits by the end of the study, researchers report in the European Journal of Clinical Nutrition.

“Among patients with well-controlled diabetes and a low risk for alcohol abuse, initiating moderate alcohol consumption in the context of a healthy diet is apparently safe and may modestly reduce cardiometabolic risk,” said lead study author Rachel Golan, a public health researcher at Ben-Gurion University of the Negev in Beer Sheva, Israel.

“Our study is not a call for all patients with type 2 diabetes to start drinking,” Golan said by email.

Cardio-metabolic risk factors can increase the chances of having diabetes, heart disease or a stroke. In addition to plaque in the arteries, other risk factors include high blood pressure, elevated blood sugar, high cholesterol, smoking and having poor diet and exercise habits.

Some previous research has linked drinking moderate amounts of wine or other alcohol to a lower risk of cardiovascular disease in otherwise healthy people as well as diabetics.

In the current study, all of the participants had the most common form of the disease, known as type 2 diabetes, which is linked to obesity and ageing and occurs when the body can no longer produce or use the hormone insulin to convert sugars in the blood into energy.

Participants were part of a larger study looking at people with cardiovascular disease and diabetes.

They were typically in their late 50s or early 60s and most of them were overweight or obese. Roughly 65 to 70 percent of them took medications to lower cholesterol or other blood fats and the majority of them also took diabetes drugs to control blood sugar.

Patients were told to follow a Mediterranean diet, which typically includes lots of fruits, vegetables, whole grains, legumes and olive oil. This diet also tends to favor lean sources of protein like chicken or fish over red meat, which contains more saturated fat.

Participants were provided with wine or mineral water throughout the study period along with a 150-milliliter (5.07-ounce) glass to measure their daily dose of their assigned beverage, which was consumed with dinner.

Some previous research has linked a Mediterranean diet to weight loss and a reduced risk of heart disease and some cancers as well as better management of blood sugar in people with diabetes.

One limitation of the current study is the potential for the apparent beneficial effect of the wine to have been at least partially caused by the Mediterranean diet. Another drawback is that researchers only had ultrasound images of plaque buildup for a small proportion of patients, and the two-year follow up period might not be long enough to detect meaningful differences in plaque accumulation.

Alcohol may help, but it also isn’t risk free, noted Dr. Gregory Marcus, a researcher at the University of California, San Francisco, who wasn’t involved in the study. It can increase the risk of heart rhythm problems, which can cause stroke, Marcus said by email.

Even though alcohol might help reduce the risk of cardiovascular disease in some circumstances, there isn’t enough evidence yet to suggest that people who avoid alcohol should start drinking, Marcus said.

“I would certainly recommend against starting to drink alcohol in the hopes of obtaining beneficial health effects among anyone that currently abstains,” Marcus said. “And among those who drink, these sorts of positive results should never be used to consume more alcohol, particularly beyond drinking in moderation.”