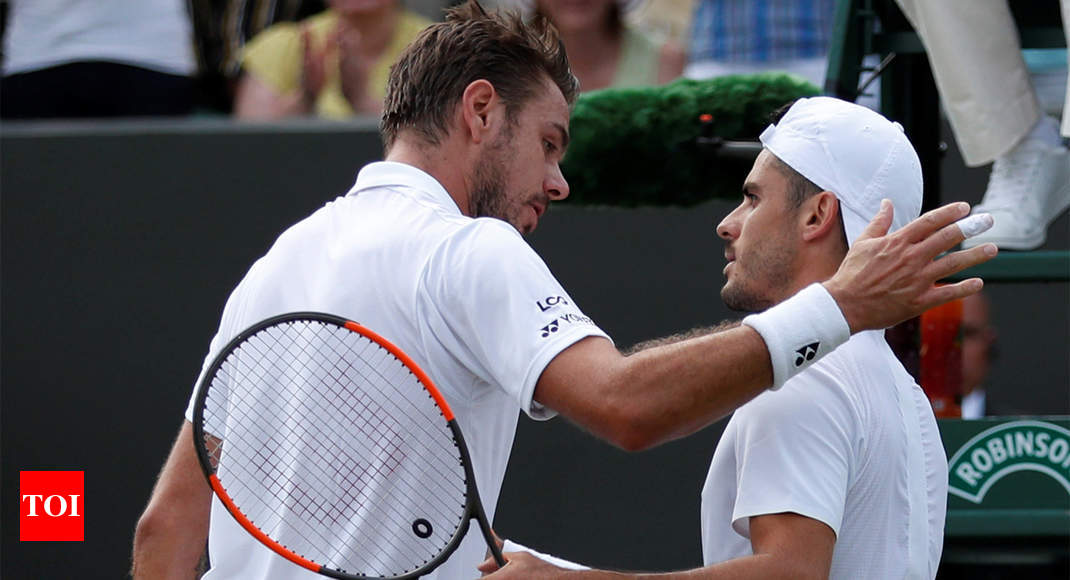 LONDON: Stan Wawrinka’s poor run at recent Grand Slams continued on Thursday when the Swiss lost 7-6(7), 6-3, 7-6(6) in the Wimbledon second round against Italian journeyman Thomas Fabbiano.

Wawrinka, winner of three Grand Slam tournaments, trailed by two sets overnight but was 6-5 ahead in the third when play resumed in muggy conditions.

He then had two set points in the tiebreak but could not convert either, spraying one backhand well wide, and the 29-year-old qualifier Fabbiano completed the biggest victory of his career.

Since reaching last year’s French Open final Wawrinka has tumbled down the rankings from three to his current 224, mainly as a consequence of the knee surgery he required last year.

He lost in the first round of the French Open this year, the second round in Australia and at last year’s Wimbledon he was knocked out in round one. He did not play the US Open.

Fabbiano, ranked 133rd, goes on to play either American Jared Donaldson or Greek Stefanos Tsitsipas in the third round – the furthest he has ever been in a Grand Slam.