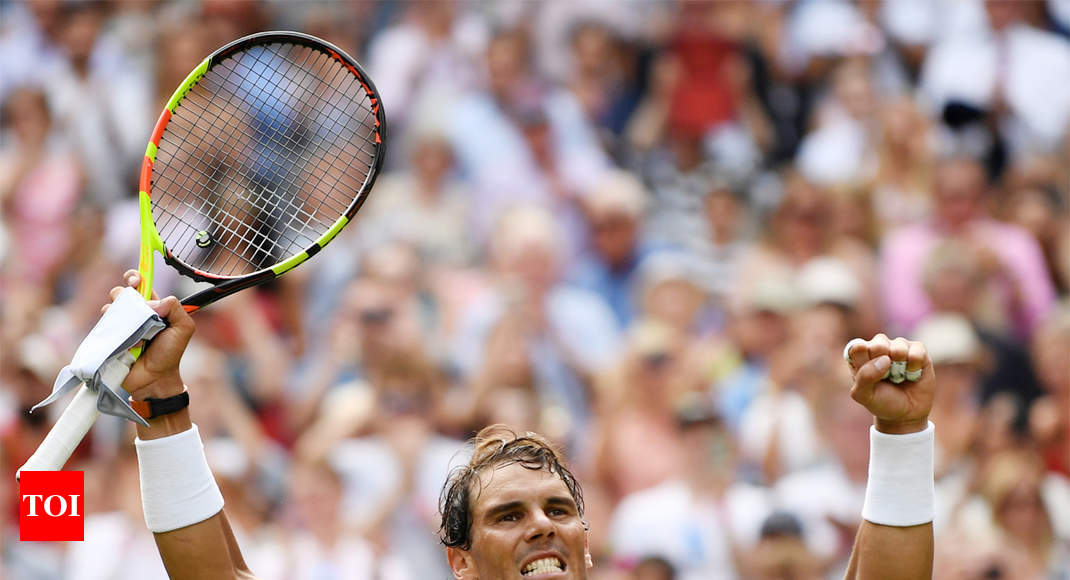 LONDON: The scoreboard said 6-4, 6-3, 6-4 to Rafael Nadal but it was an uneasy two-and-a-half hours for the Spanish world number one as he laboured past Kazakhstan’s Mikhail Kukushkin into the Wimbledon third round on Thursday.

Two-time champion Nadal, 32, never quite got to grips with the unorthodox Kazakh’s low, skidding shots and faced 13 break points in an entertaining Centre Court contest.

Had Kukushkin converted a few more of them it could have got really complicated for Nadal, who is still finding his grasscourt game after claiming an 11th French Open title.

Nadal took 10 minutes to hold his opening service game and was still being asked questions by the world number 77 in the third when he slipped 3-1 behind in the face of some inspired shot-making by his opponent.

The 17-time Grand Slam champion dug in though and managed to avoid being dragged further into the afternoon, claiming victory when Kukushkin’s forehand smacked into the net tape.