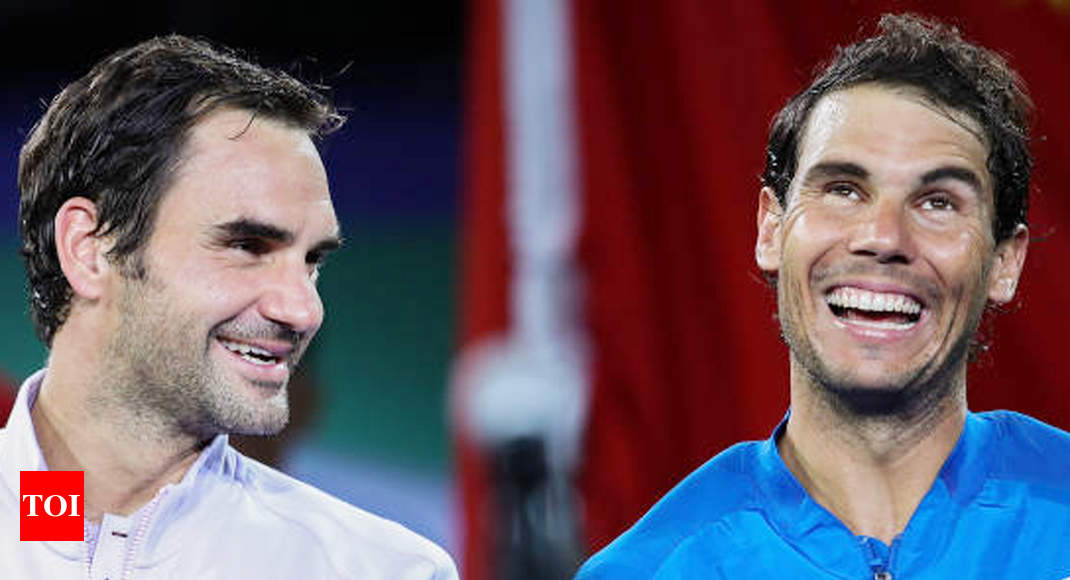 LONDON: The richness of form is underlined by the Wimbledon seedings – No.1 and 2. Between them – Roger Federer and Rafael Nadal – have won all Grand Slams played in the last two seasons, six of them so far.

And then a throwback, it is the 10th anniversary of that 2008 classic, arguably the greatest tennis match ever played. A decade on, the London sun is shining bright, and the air is thick with the promise of another duet. The subtle turn of wrist weighing against the stubborn will in another final.

Despite everything. Mainly the rapidly ticking hands of time, and the argument that sport itself is largely an age-bound exercise. So, even as hope rises, there’s a nagging sensation. A tug. It’s not what if, it’s for how much longer? This stirring last dance.

American legend John McEnroe – infamous temper and breathtaking talent – who commented on the 2008 final, called it the best match he had witnessed.

“It had everything,” he recalled, during an exclusive chat with international media organized by ESPN. “It rained a couple of times during the match, and again in the fifth set. The way it ended, when they couldn’t play another point. Now (ten years on), they’re back as the No.1 and 2 seeds. A couple of years ago, Novak (Djokovic) and Andy (Murray) were ranked higher and their (Federer and Nadal) rankings were going the wrong way. What Roger has done is out of the world and Rafa, coming back from those injuries…. Thank God they are still in the game.”

Federer, seeded one this time, and bidding for his ninth title on these manicured lawns, opens against the sturdy Serb Dusan Lajovic in the first round. The father-of-four beat the world No.57 last year in the round of 64 at the same venue, in their only previous meeting. The top-seed, who could go up against his Halle-conqueror Croat Borna Coric in the fourth-round, has former finalist, the explosive Marin Cilic in his half of the draw. Nadal, fresh from his French triumph, plays Israel’s Dudi Sela first and has a lighter draw. But coming into SW19, the 32-year-old hasn’t logged a match on grass.

Former champion Chris Evert kept with the upbeat mood dismissing Federer’s loss to Coric in the final of Halle. The soon-to-be 37-year-old, who missed the entire clay court season, won his first tournament on his return to competition in Stuttgart, before falling to the Croat in three sets. “A top player has a little bit more hunger when he loses to a (lower-ranked) player,” she said, pointing at the possible fourth-round clash, “a top player isn’t going to lose to the same player twice.”

Nadal, the 2008 and 2010 champion and three-time runner-up here, has not reached the quarterfinals since 2011, winning just eight matches in five starts. Last year, he was happy with his form, but was stopped in the round of 16 by the heavy-serving Giles Muller. “With Rafa you never know how he’s going to play on grass, there’s a possible (third-round) against Mischa Zverev,” McEnroe counted. “It’s as good a draw as he can hope for, and if he gets to the second week and things settle down, this is the best shot he has had in a while.”

Evert called the women’s draw, headed by French Open champion and world No.1 Simona Halep, wide open. The 63-year-old gave comeback mom Serena Williams as good a chance as any of the top players to win a seventh crown at SW19 title.

The 36-year-old Williams, who opens against the 107th ranked Arantxa Rus, is in the bottom half of the draw and faces a possible third-round clash against the fifth-seeded Elina Svitolina.

“I don’t know who the favourite is. Is it Halep or Petra (Kvitova)? I give Serena the exact same chance,” the American said of the 23-time major winner, who despite her ranking of 183 has been seeded 25. “It’s clear that motherhood hasn’t taken the edge away. This is Serena, she does the unimaginable, the unpredictable. She can play her way into this. It’s her best surface, suited for her game.”