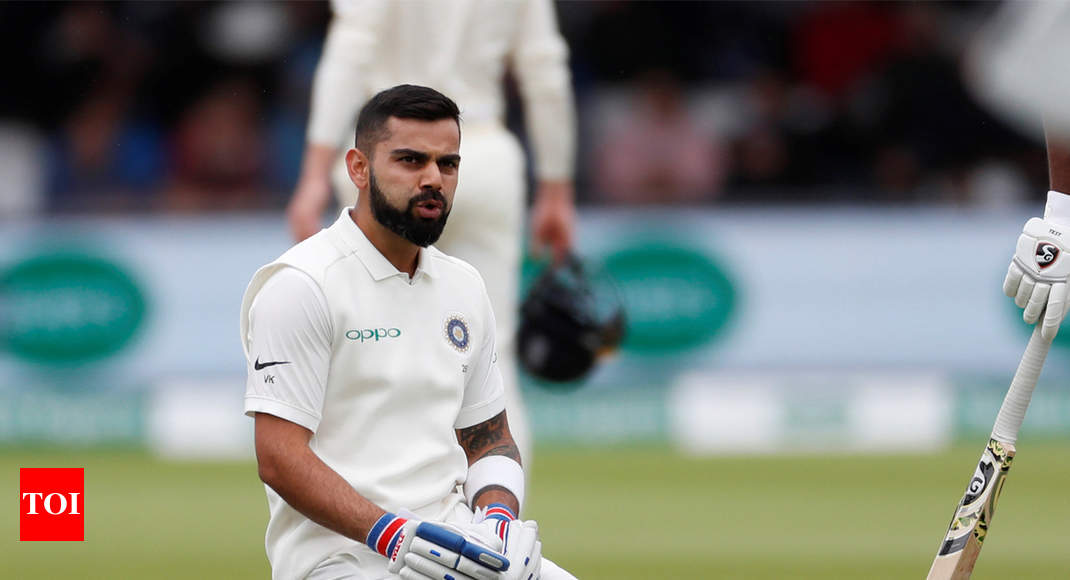 LONDON: A humiliation at Lord’s in two and a half days hurts. Adding injury to the insult were the back spasms that Virat Kohli suffered during the Test, and the Indian camp will be extremely worried about the skipper ahead of the third in Nottingham in five days’ time. If India lose that one, England will wrap up the series and that’s why Kohli is desperate to get fit, even if that battle may prove to be a difficult one.

The Indian captain, the lone bright spot in the batting line-up, was finding it extremely difficult on Sunday while batting. He was out of action for 37 minutes in the morning when India were fielding, and that’s why had to come to bat at No. 5, a position he hasn’t batted in for a while. Every lunge that he made to meet the ball led to a grimace on his face, and it was quite clear he was finding it tough to complete singles too. When he came to the press room to face a barrage of questions, Kohli was limping.

“As of yesterday and today, it wasn’t great. The back is one thing that can be very tricky when it goes off. It happened in the latter half or the last leg of the South Africa tour when I missed a T20 game. That was very sudden, it happened a day before (that game). The good thing (now) is that I have five days before the next Test,” Kohli said.

The Indian team has a couple of days off now. They will be travelling to Nottingham on Wednesday. The first practice session of the team is only on Thursday, two days ahead of the second Test. It’s certain that the physio is going to work overtime with Kohli, trying to get him fit. A clearer picture on his availability will only emerge by Thursday. Kohli knows his intensity will be lacking in the field even if he features in the playing XI at Nottingham. “Although not the same intensity in the field, I should be good enough to hold a position in the field and be 100% with the bat. Then again, I’ll have to look at the running bit, which was difficult today,” Kohli said on Sunday.

If India were either 0-1 or 1-1 in the series, Kohli would definitely have taken a break in the third Test. But such is the desperation that the skipper isn’t left with much of a chance. The situation is quite reminiscent of the 1998-99 series between India and Pakistan when Sachin Tendulkar suffered a similar back injury while batting in the Test in Chennai. India lost that Test by 12 runs despite one of Tendulkar’s best-ever Test centuries.

The Indian batting line-up looked so fragile against the likes of Wasim Akram and Saqlain Mushtaq at that time that the Little Master put on a belt to play the next two Tests in New Delhi and Kolkata.

“As of now it’s sore and I’m not hiding that fact. That’s part of the game. I had to do whatever I could to go out there and bat again and try my best. Five days is good enough time to be ready for the next Test,” Kohli insisted that he would be ready. The Indian cricket fan would hope it doesn’t end up affecting the run machine in the long run.