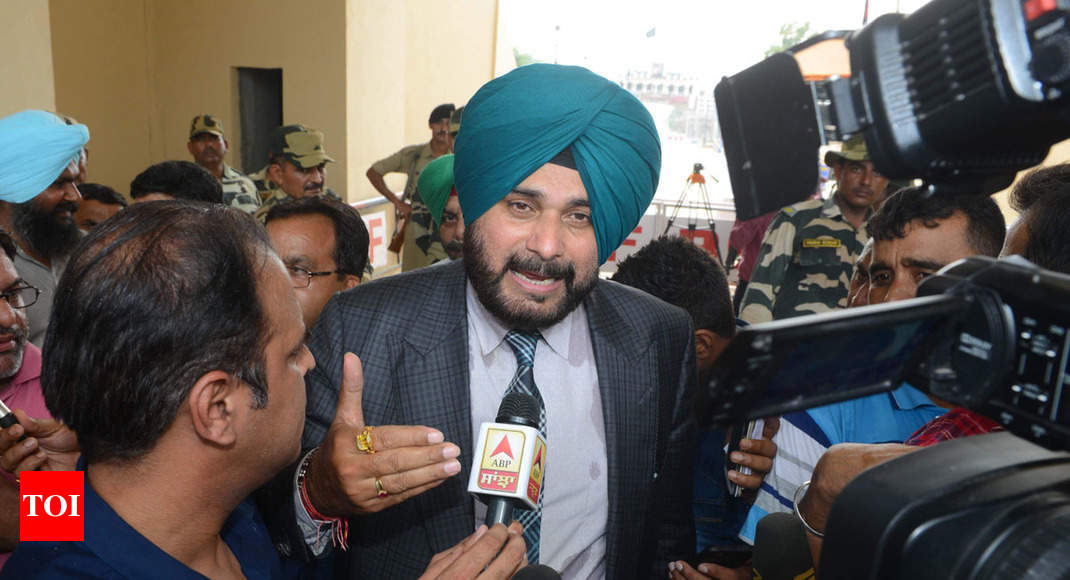 CHANDIGARH: After drawing flak from Punjab chief minister Amarinder Singh and the opposition for embracing the Pakistan army chief, cricketer-turned-politician Navjot Singh Sidhu said on Monday that he was prepared to give a strong reply to all when needed.

“Whenever the reply has to be given, I will give and I will give it to all … It will be a strong reply,” Sidhu, the only Indian to attend Imran Khan’s swearing-in ceremony as Pakistan’s prime minister, said here.

His comments come after Amarinder had on Sunday ticked off his cabinet colleague for hugging Pakistan army chief General Qamar Javed Bajwa. “I think it was wrong for him (Sidhu) to have shown the affection he did for the Pakistan Army chief, I am not in its favour … The fact is that the man (Sidhu) should understand that our soldiers are being killed everyday. My own regiment lost one major and two jawans a few months ago,” Amarinder had said.

On his return from Pakistan on Sunday, Sidhu had defended his action, asking what was he supposed to do when someone tells him that “we belong to the same culture” and talks of opening the route to the historic Gurdwara Kartarpur Sahib.

Sidhu was among the special guests present at the oath-taking ceremony at the Aiwan-e-Sadr (the President House) in Islamabad on the invitation of Imran.