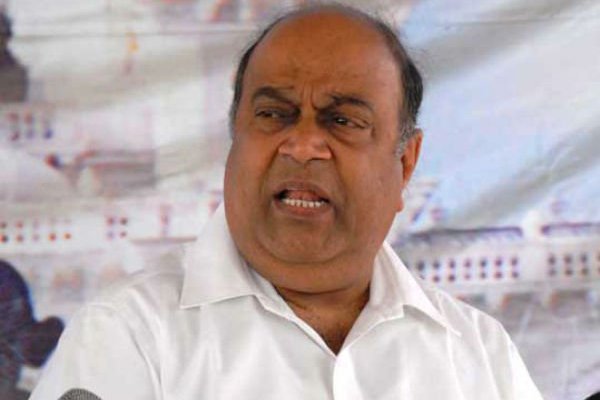 HYDERABAD: It is hilarious the way leaders who keep changing parties, forget which party they represent currently and proceed to castigate the same party.  The latest example of this was Nagam Janardhan Reddy who joined the Congress recently. Nagam held a press conference at Gandhi Bhavan on Tuesday to criticise TRS. But in his tirade, he suddenly switched tracks and started criticising the Congress, much to the surprise and amusement of the audience.

After his expulsion from the Telugu Desam, Mr Reddy had floated one political organisation but later joined the BJP. Recently he resigned from BJP and joined the Congress.  In his speech, by mistake Mr Reddy said that the corruption by the Congress is obstructing the state’s development. Immediately though, he corrected himself and said, “Sorry, sorry, the corruption by TRS has become an obstruction to the State’s development.”

Mr Reddy said he will expose the corruption of Chief Minister K Chandrasekhar Rao and irrigation minister T. Harish Rao and send them to jail.  He said that TRS is campaigning on Kaleswaram Project by changing the name of Pranahitha-Chevella Project which was started by the previous Congress Government.

He alleged that the security that was provided for him had been removed because he had questioned the corruption of the CM. Mr Reddy said if he had done any mistake they could send him to jail and added that he had questioned the government through an RTI application according to the right given by the Constitution. He said that the TRS government had failed to keep its promise to complete the Palamuru-Rangareddy project within the stipulated 30 months.