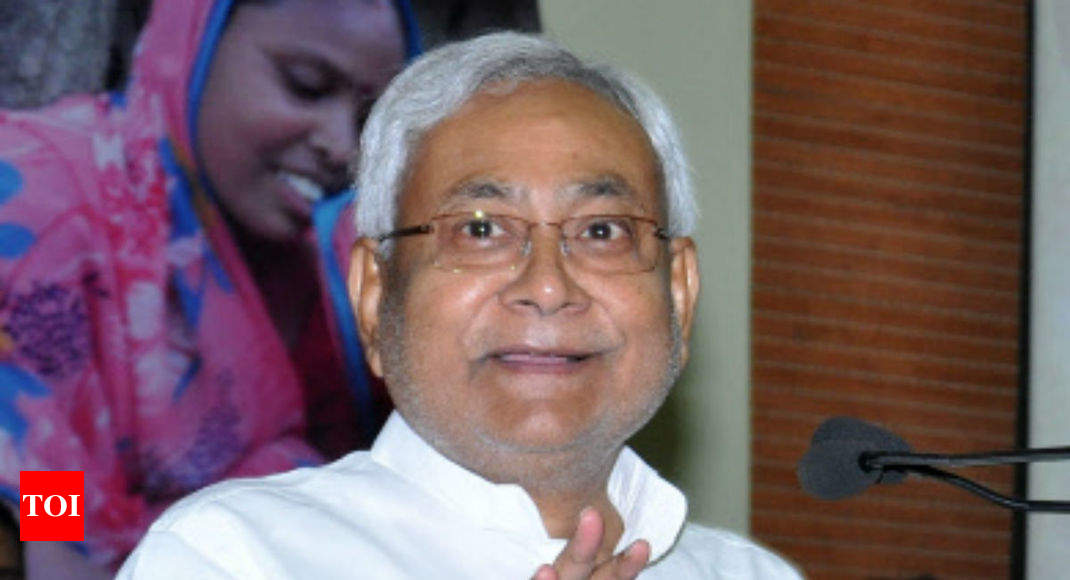 PATNA: Under attack from opposition on the Muzaffarpur shelter home sex scandal case, Bihar chief minister Nitish Kumar on Sunday said that some “select” people were focusing on negative things and called for taking note of positive developments in the state.

Inaugurating a scheme on sustainable livelihood, Kumar said that nobody guilty of wrongdoing in shelter home nor those trying to protect them would be spared.

They would be sent behind bars, he said adding that his government was not known to compromise with wrongdoers. However, “if you wish to hurl abuse at me, go ahead. We would continue doing our good work”.

He urged the people to also take note of positive things happening around them in the state and pointed out that already over 8 lakh self-help groups have been formed in the state and about 96 lakh women have become associated with them.

The Bihar government has said it aims to form 10 lakh such self-help groups.

Referring to Saturday’s demonstration at Jantar Mantar in Delhi against the Muzaffarpur episode, Kumar sarcastically remarked that it was a “Friendship Day gathering” of disparate opposition groups to derive political mileage.

The Rashtriya Janata Dal (RJD) and several other opposition parties had staged a protest on Saturday in Delhi voicing their anguish over the alleged rape of young girls at a shelter home in Muzaffarpur.

In a show of opposition unity, almost all major political parties joined the protest at Jantar Mantar in the heart of the national capital, organised by RJD leader Tejashwi Yadav.