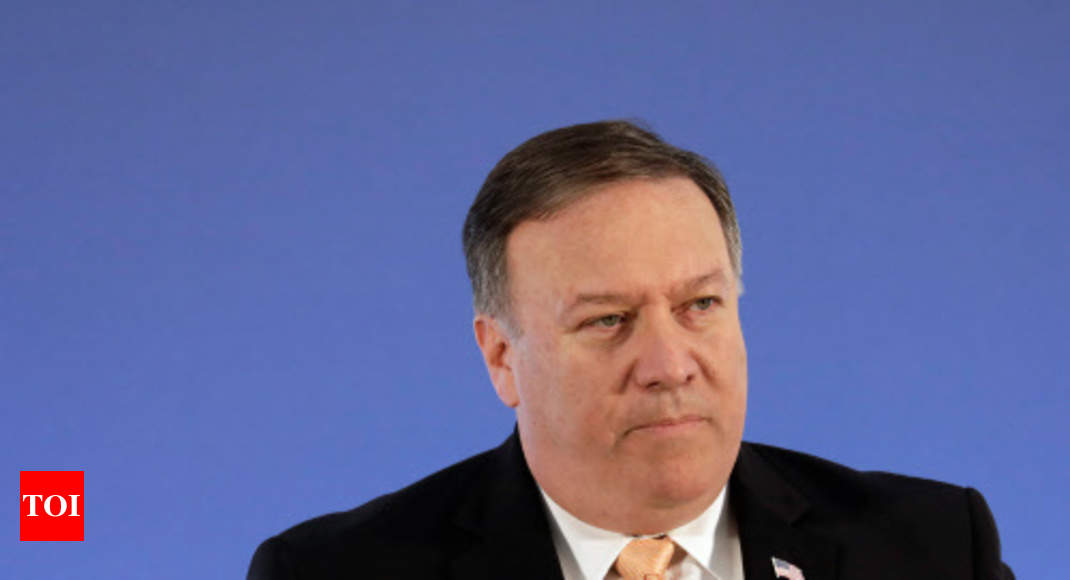 NEW DELHI: US secretary of state Mike Pompeo plans to travel to North Korea next week and that’s the reason the US postponed the ‘2+2 talks’ + with India scheduled for July 6, US sources told London’s Financial Times (FT) publication yesterday.

The US on Wednesday scrapped the high-level talks with India for which external affairs minister Sushma Swaraj and defence minister Nirmala Sitharaman was scheduled to fly to Washington next week.

Swaraj’s and Sitharaman’s US counterparts Pompeo and Jim Mattis were scheduled to join the much-anticipated talks dubbed the ‘2+2 talks’. The meeting was meant to focus on strengthening strategic, security and defence cooperation between the two countries.

This is the second time that the so-called 2+2 dialogue has been scrapped after an earlier effort to get them going in March had to be “postponed” when then secretary of state Rex Tillerson was fired by President Trump.

FT said this second cancellation was because has to jet off to Pyongyang to discuss the latter’s denuclearisation plans, following US President Donald Trump’s historic meeting with the chairman of North Korea Kim Jong Un on June 12 in Singapore.

A US state department official did not confirm the Financial Times report and told news agency Reuters that Pompeo has no travels plans.

Another theory being floated for why the US-India meeting was postponed is that the US administration’s focus is on setting up a summit Trump-Putin summit between Trump and his Russian counterpart Vladimir Putin, possibly as early as July 15, in Vienna or Helsinki.

To avoid any talk that India is low on the US’s priority list, a US state department spokesperson maintained that “the US-India relationship is a major priority for this administration, and we look forward to continuing to strengthen our partnership.”

Officially, the US is said to have conveyed to India that the 2+2 talks are being “postponed” due to “unavoidable reasons” and will soon be rescheduled.

“US @SecPompeo sought EAM @SushmaSwaraj understanding, and they agreed to identify new mutually convenient dates to hold the Dialogue at the earliest, in India or the US,” Raveesh Kumar, spokesman for India’s external affairs ministry, tweeted on Wednesday night IST.

“India’s central role in US. national security is enshrined in the President’s National Security Strategy, which noted that ‘We welcome India’s emergence as a leading global power and stronger strategic and defense partner,” a state department official said, adding that the 2+2 dialogue “would be rescheduled as soon as possible at a mutually convenient time and location.”

Meanwhile, Pompeo, who has been charged with leading negotiations aimed at persuading North Korea to give up a nuclear program that has been the source of international tension for decades, travelled twice to North Korea to set up the Singapore summit, reported Reuters. He said last week he likely would go back “before too terribly long” to try to flesh out commitments made at the Trump-Kim meeting.