The death toll keeps rising in the Kerala floods as the state struggles to cope with higher-than-normal rainfall. While floods are not the deadliest natural disaster in India, they have the potential to cause extensive damage across the country. But among the more vulnerable states, most have received less than half the funds earmarked for them for flood management…

WHICH STATES ARE THE MOST VULNERABLE TO FLOODS?
In 1980, the Rashtriya Barh Ayog (RBA) had assessed that overall an area of about 40m hectares in the country is vulnerable to floods. Uttarakhand, UP, Bihar and Punjab have the highest share of these vulnerable areas. 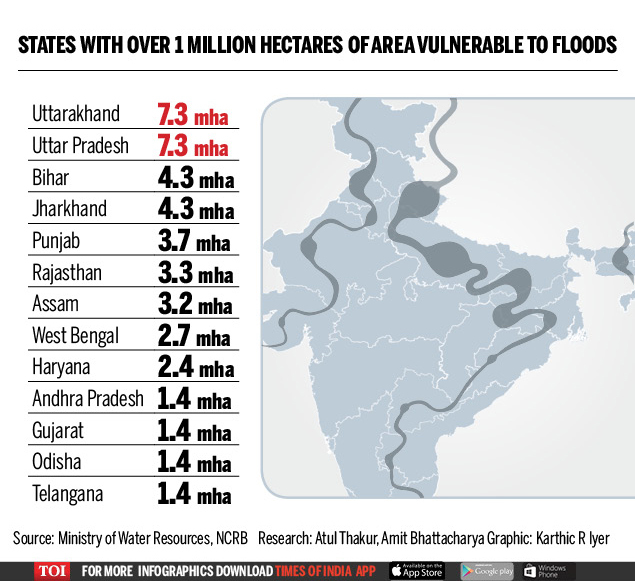 ARE FLOODS THE DEADLIEST NATURAL DISASTER?
No, floods are not the biggest killer. In 2015, more than 2,600 people were killed by lightning — the largest number of deaths by natural causes. It was followed by heatstroke and exposure to cold. Floods came after these three. Loss to property caused by floods though is unmatched by other disasters. 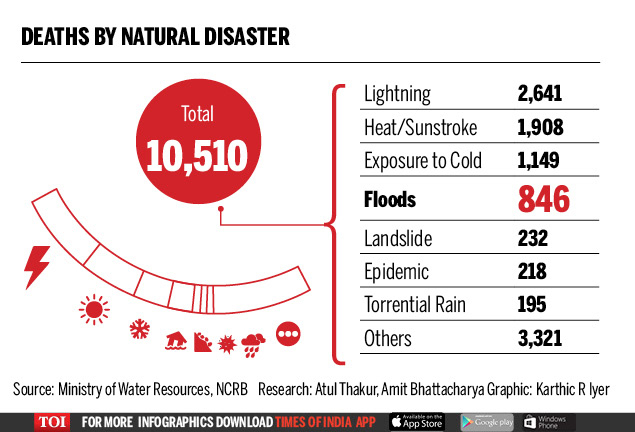 WHAT IS THE STATUS OF VARIOUS FLOOD MANAGEMENT PROGRAMMES?
As on March 31, 2018, the total approved work for flood management was estimated to cost Rs 13,238 crore (For both XI and XII plan years). The latest data shows that only Rs 4,873 crore has been released so far. Among the top-10 states in terms of allocation, most have had less than half the funds released so far. 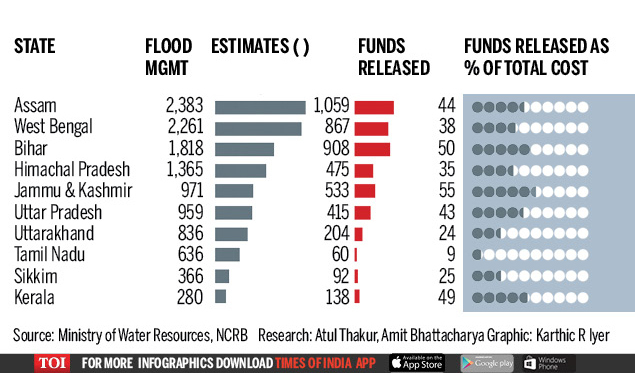 DOES KERALA HAVE THE WETTEST DISTRICTS IN THE COUNTRY?
In normal years, Kerala has just one district in the top 10 in the monsoon season (till Aug 18). This year, it has the highest representation with four. 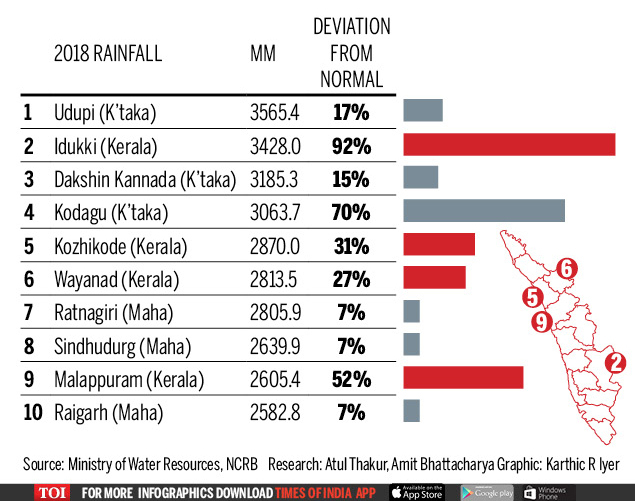 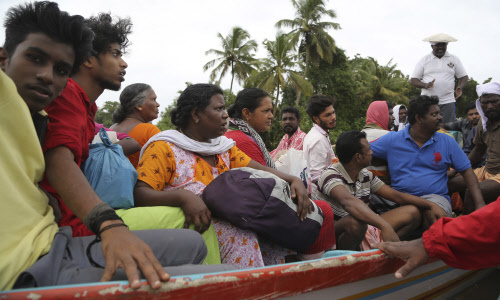 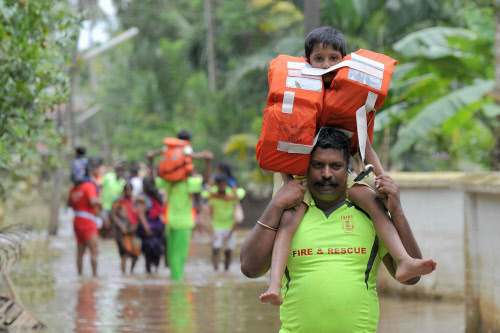