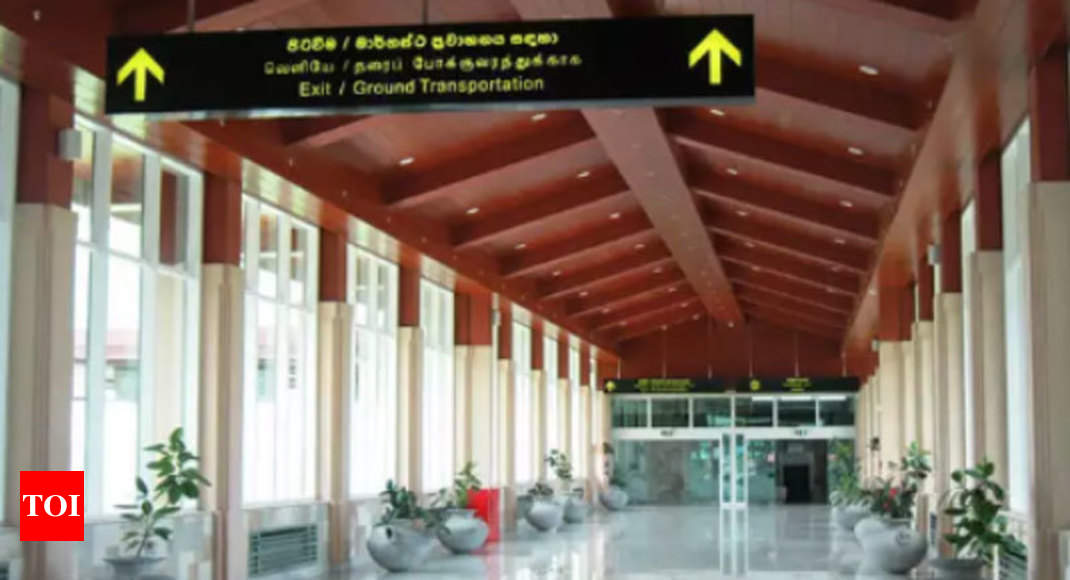 NEW DELHI: Mattala International Airport in southern Sri Lanka holds the dubious tag of being the world’s emptiest airport, although it remains an emergency alternate landing location for flights heading into Colombo International. Earlier this year the world’s largest aircraft, the Antonov 225, refuelled there.

Now, in a bid to change this, an Indian delegation is in Colombo to discuss a possible joint venture to operate the loss-making airport.

The Sri Lankan government had in 2017 invited investors to turn the airport into a profit sharing joint venture. However, no proposals were received at that time to operate, manage and maintain the airport.

Strategic strategy: Named after former Sri Lankan President Mahinda Rajapaksa, the $210 million white elephant was built by the Chinese in the former president’s home district of Hambantota – where the Chinese have already been granted the lease to the sea port, after Sri Lanka expressed inability to repay the Chinese loans for the project.

Emptiest airport: The lack of flights to and from this airport has led to it being dubbed the world’s emptiest airport – with the only international flight operating out of Mattala halted in May this year due to recurring losses and flight safety issues. The airport — a five-hour, 250-kilometre (150-mile) drive from the capital Colombo is located inside a wildlife sanctuary and smack in the middle of a migratory route for birds. Several aircraft have hit birds since it opened in 2013 and two years ago the military deployed hundreds of troops to clear deer, wild buffalo and elephant off the sprawling facility.