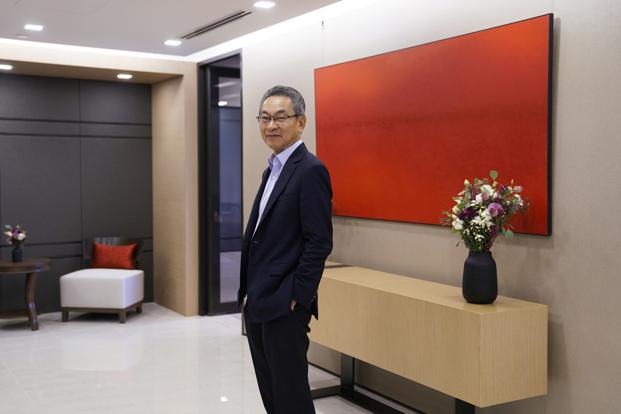 Singapore: Koh Boon Hwee overcame big crises during his four-decade career as a company executive. He led a national airline through the SARS epidemic in 2003, and steered Southeast Asia’s largest bank in the aftermath of the Lehman Brothers Holdings Inc. collapse.

But what the veteran Singapore entrepreneur, businessman and technology investor found most difficult was telling staff their time was up.

“People run out of steam or they allow themselves to be left behind,” Koh, who chaired the boards of some of Singapore’s most iconic firms before becoming a financier, said in an interview in the city-state. “I’ve got to talk to this person and essentially remove this person from that job. I always struggle with those.”

However hard it may be to call time on others, it becomes doubly difficult when the person in question is yourself. That sentiment helps explain why business succession is such an issue in Singapore, where more than 60 percent of listed companies are family owned and transitions to new leadership are infrequent. It’s becoming especially pressing of late, as the baby boomer generation born in the years after World War II reach the age where they want to retire.

So serious is the problem that succession planning has taken off as an industry in Singapore and elsewhere in Asia, with everyone from private equity funds to M&A consultants vying to help companies transition to the next generation.

But it was never such a concern for Koh, who practiced what he preached at one of the first companies he founded.

At Sunningdale Tech Ltd., which manufactures and sells plastic components for medical, consumer and automotive products, Koh stepped down after four years in charge in 2008, at the age of 58. The transition has been smooth, if the company’s share price is any guide. It has surged more than fourfold since then, versus a 68 percent rise for the Straits Times Index.

The stock has declined this year amid trade war concerns due to its large presence in China. It rose 0.7 percent on Wednesday.

“I am attached to the company but being attached to a company means you want it to be the best it possibly can,” said Koh, who now serves as non-executive chairman, removed from the day-to-day running of the firm. “And as time passes, you want younger people with more up-to-date ideas.”

In fact, Koh talks about relinquishing power as if it were the most commonplace thing in the world.

If giving up control of Sunningdale was easy for Koh, that may be partly because it was never just his baby to begin with. The Harvard Business School graduate co-founded Tech Group Asia Ltd. in 2003, which was renamed Sunningdale Tech two years later after it acquired Sunningdale Precision Industries Ltd. Koh was the chief executive officer of the new entity from 2005 to the end of 2008.

“I had multiple partners, so there wasn’t one person or one family that owned Sunningdale,” Koh said. “It was a collection of professionals who got together.”

It’s also because Koh never fit the profile of a traditional company owner, destined to see out his career at one place. For much of his life, he shifted between chairman roles at corporate giants including Singapore Telecommunications Ltd., Singapore Airlines Ltd. and DBS Group Holdings Ltd.

In 2003, Koh showed investors Singapore Airlines could weather the severe acute respiratory syndrome crisis by announcing plans to buy new planes not long after the company recorded its first ever quarterly loss. And in the depths of the financial crisis in 2008, he successfully raised capital at DBS, reassuring people that the lender had no problem staying afloat.

Letting go was also easier for Koh because he has other ways to keep busy. He now spends most of his time at the private equity fund he co-founded, Credence Partners Pte., where he invests in companies in industries from biotechnology to gaming. Recently, he’s benefited from a stake in Razer Inc., the Singaporean PC game gear maker that listed in Hong Kong last year. Koh was also appointed as a director of Singapore’s state fund GIC Pte in August last year.

Sunningdale, meanwhile, is now run by Khoo Boo Hor, a 53-year-old who was head of operations when Koh stepped down. Through a series of acquisitions since 2011, he’s built the company into one of the largest plastic precision-manufacturing firms in Singapore, which counts HP Inc. and Royal Philips NV among its biggest customers.

Khoo has no plans to stop the M&A spree. “We’ll continue to explore synergistic acquisitions in order to fuel further growth,” he said in an interview.

As for Koh, though he made a break with Sunningdale, he hasn’t completely severed ties. He still chairs the board, where he says he often discusses ways to make sure the firm doesn’t get left behind.

“I’ve always thought that the way you run an organization is to put the best people into the job,” he said of the leadership change. “I worked most of my career in professionally managed companies, so it was natural.” For me, “there’s always something else to do.”