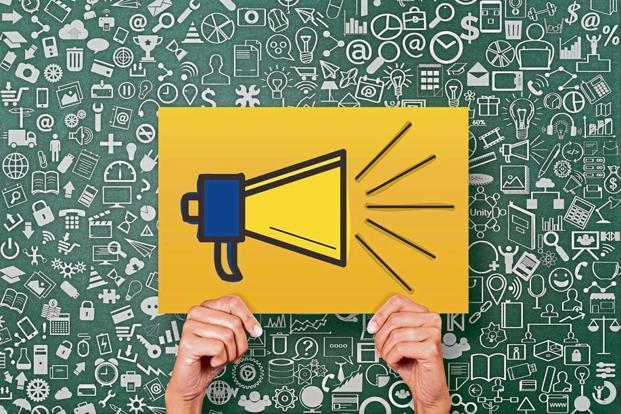 Celebrity endorsement isn’t a guarantee that whatever they are pitching is a good deal or a smart investment. iStock

We are seeing a growing list of celebrities who support various causes that are different from the commonly endorsed social causes. It is a refreshing change to actually see these famous personalities endorsing causes because of their own personal experiences. Actress Deepika Padukone, for example, is championing the cause of mental health in India. It is not easy to raise one’s voice on a topic that has had a personal impact. However, a celebrity coming out and sharing their struggles can help the cause by turning it into a movement. Yet another example would be of Hollywood actor Micheal J. Fox, who has been raising funds to find a cure for Parkinson’s disease based on his own battle with the debilitating illness.

It is common to have film or sports stars as brand ambassadors for banks and insurance companies. Not surprising, given that most advertisements in India are celebrity endorsements. These celebrities can impact consumer behaviour in a big way given their popularity. Within financial services, the mutual fund industry was not allowed to use celebrities for endorsements. However, last year, the Securities and Exchange Board of India (Sebi) allowed celebrities to advocate mutual funds at an industry level but they cannot be used to promote a specific scheme or the brand of an asset management company.

This is a good and measured move considering that most celebrities are willing to advertise any product, irrespective of whether they use the product or even believe in the product, and in the case of financial services, if they even understand the product. I doubt the sports superstar who advertised a children’s plan for an insurance company actually understood how it worked and performed, yet he was out there asking parents to invest for their children’s education with this plan. Little did he know that such a plan would hardly make enough to fund the education. With mutual funds being more complex products, the last thing one needs is a star publicising a sectoral or thematic fund!

Further, it is easy to promote a pen or a soap but when it comes to investing, celebrity endorsements need to be evaluated carefully as endorsements lend credibility to the product. But a celebrity endorsement isn’t a guarantee that whatever they are pitching is a good deal or a smart investment. Remember the case of the famous Indian cricketer who was the brand ambassador of a Delhi-based real estate project? He had to finally disassociate from the brand when it failed to deliver on its promises to buyers.

With the advent of social media, celebrities have found a new way to endorse products. A tweet or a Facebook post or an Instagram post of the latest hyped investment can mislead lay investors to invest in such products. Last year, when cryptocurrencies were at their peak, many celebrities across the world were seen using social media platforms to brag about these investments. Blinded by these stars, some people lost their life savings in products they didn’t understand. What they forgot was the fact that these megastars were probably risking only a small portion of their portfolio and were really trying to cash in on the mania around these products.

Film and sports stars are adored and hero-worshipped in India and are the role models for the youth. Given their deep influence on the public, celebrity endorsements in the case of investments should be used to build awareness on the right way of investing, the way Amitabh Bachchan is the face of the polio eradication or Swacch Bharat campaigns.

However, instead of just roping in a big star, the industry could involve famous personalities who have been affected by wrong investment decisions. For example, Rahul Dravid, Saina Nehwal, Prakash Padukone were recently in the news for being duped by a commodity trader. These celebrities can be roped in for a series on “mistakes not to make while investing” given their own experience.

Personal finance sections in the newspapers or money magazines routinely interview stars on how they manage their wealth . Some of them appear to manage their finances cleverly. Such celebrities, who are actively investing in financial markets, can be brand ambassadors for the financial services industry, especially mutual funds.

However, as Sebi has rightly prescribed, they should be used only at an industry level to talk on financial wellness and not at a company or scheme level.

So which celebrity will champion this much needed movement?