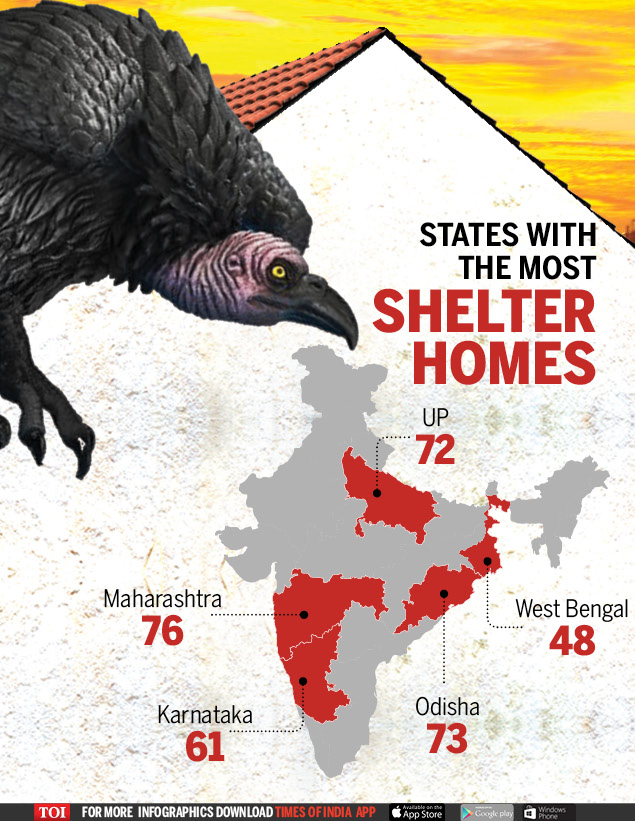 They were supposed to be a place where women in distress could live a life of dignity, can rehabilitate themselves economically and emotionally, but instead shelter homes for women are turning out to be brothels. A social audit by a Mumbai-based Tata Institute of Social Sciences (TISS) brought to light the sexual abuse of 34 girls at government-run shelter home for girls in Muzaffarpur, Bihar. It was followed by another case in Deoria in UP where a 10-year-old girl escaped a shelter home and exposed the exploitation of the girls who lived there. These incidences have left the country startled, but sadly aren’t new.
Acts of horror

May 2018 | Muzaffarpur, Bihar
First FIR filed for rape and sexual assault of minor girls in the shelter home. So far, it has been confirmed that 34 girls between 7 and 17 years of age were raped

August 2018 | Deoria, UP
24 girls rescued from a shelter home after allegations of their sexual exploitation came to light; 18 girls are still missing

THE ORIGIN OF SHELTER HOMES IN INDIA
Shelter homes in India are run under the Swadhar Greh scheme – an amalgamation of Short Stay Home scheme and Swadhar scheme, set up by department of social welfare and department of women and development, respectively in 1969 and 2001.

Women prisoners released from jail and without family, social and economic support

Trafficked women/girls rescued from brothels or places of exploitation

Women affected by HIV/AIDS with no social or economic support

Women affected by domestic violence: 1 yr
Other categories: Up to 3 yrs
Above 55: Maximum period of 5 yrs

STEPPING UP THE VIGIL
As per Juvenile Justice Act 2015 registration of all children homes with state is mandatory. After the Muzaffarpur and Deoria incidents, the Women and Child Development Ministry (WCD) has stepped up action and asked all states to verify homes and ordered a verification of all homes in states. But this is an ongoing process. 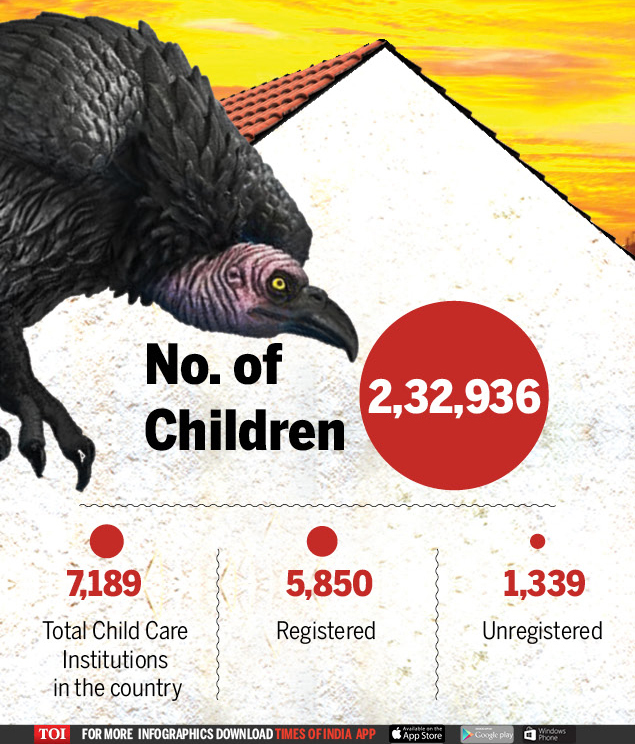 The move aims to check the misuse of government grants for shelter homes and bring more in more accountability. But the task is huge and one that needs sensitization and therein lies the challenge.