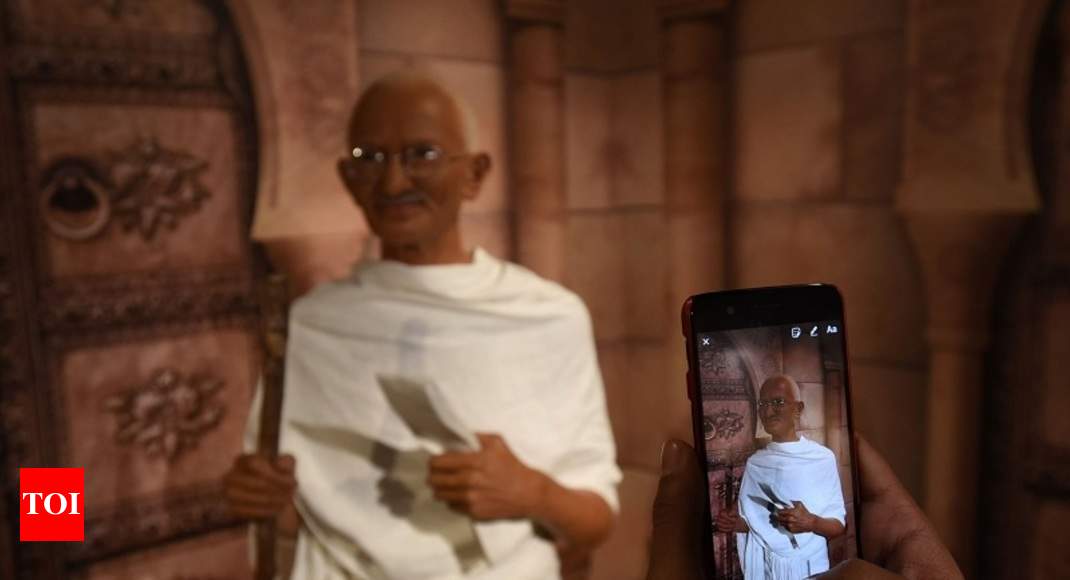 NEW DELHI: Prime Minister Narendra Modi had suggested that Mahatma Gandhi’s wax figure at the Madame Tussauds here should show the Father of the Nation cleaning his surroundings with a broom.

“It’ll serve to inspire the 1.25 billion people of the country with the message of cleanliness across India that is enshrined in the ‘Clean India’ movement underway, and is also something which Gandhi’s life teaches us,” the prime minister told Madame Tussauds authorities in an undated interview, a video of which was shred by the museum ahead of Independence Day.

The request was made after Modi was informed that his was the first wax figure to be included in the museum that opened doors to the public in December last year.

“You have said that you would like the first replica in the museum in India to be mine. Instead, I would request you to consider having the first statue as that of Mahatma Gandhi and that too which depicts him as cleaning his surroundings,” he said.

“I will send a photograph that shows Gandhi with a broom,” he told the authorities.

Initially hesitant about getting his wax figure installed alongside “distinguished dignitaries from around the world”, the prime minister eventually gave in, after learning that the decision was an outcome of “public opinion”.

He said the installation of his wax figure would perhaps lend a “softer” dimension to his personality which had otherwise been portrayed as a “harsh” one.

“I am happy that you have rendered me – someone who is perhaps seen as ‘hard’ by some – in tender, pliable wax.

“And it’s possible that when people see this wax figure, their natural instinct might be to exclaim, ‘look here’s Modi gone soft’,” he said.

According to Modi, bringing the famed wax museum to Delhi is a step towards boosting tourism in the country and it will also inspire young artists to hone their talent.

“Your decision to establish a museum in India is welcome! And it is possible it will expand its reach to other parts of India too,” he said.