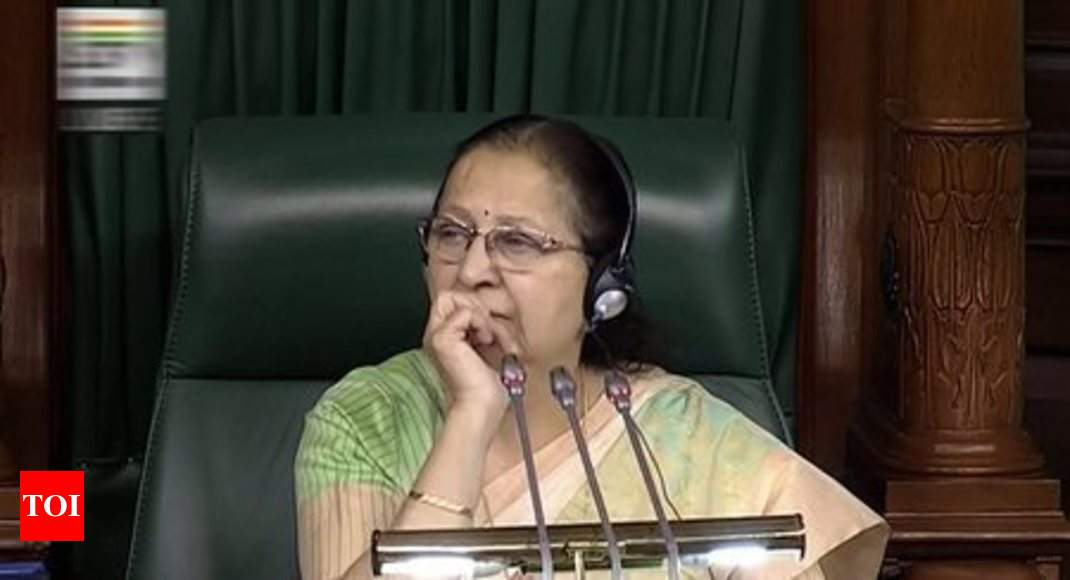 KOLKATA/NEW DELHI: Lok Sabha Speaker Sumitra Mahajan on Monday said Somnath Chatterjee was the first person to call her over phone when she was given this role and he was the one whom she would always call for guidance on how to run Parliament.

“When he was the Speaker and I was in opposition … He loved me as his younger sister. He used to care. When I became Speaker, the first phone came from him,” Mahajan said.

“He was a guide to me,” she said recalling her association with the veteran communist leader and former Lok Sabha Speaker, who passed away this morning.

“He was great man, a loving person … I used to get guidance from him on how to run Parliament. I always used to call him … now whom shall I call … It is a great loss for the nation. His thoughts and ideas are necessary for democracy,” she told reporters.

Earlier in the day in the national capital, Mahajan said Chatterjee was from a different ideology, but was always kind to her.

“I have observed Somnath Da from the very first day I entered Parliament and I have learnt a lot from him. He was a big brother to me,” she said.

She further said Chatterjee had established that the Speaker’s post was above politics by refusing to step down from his position.

Mahajan was referring to an episode of July 2008, when the CPM withdrew support from the then Congress-led UPA government and the Left party asked Chatterjee to step down from his position.

Chatterjee, 89, passed away at a private hospital in Kolkata this morning following multiple organ failure. He was the Speaker of Lok Sabha from 2004 to 2009.