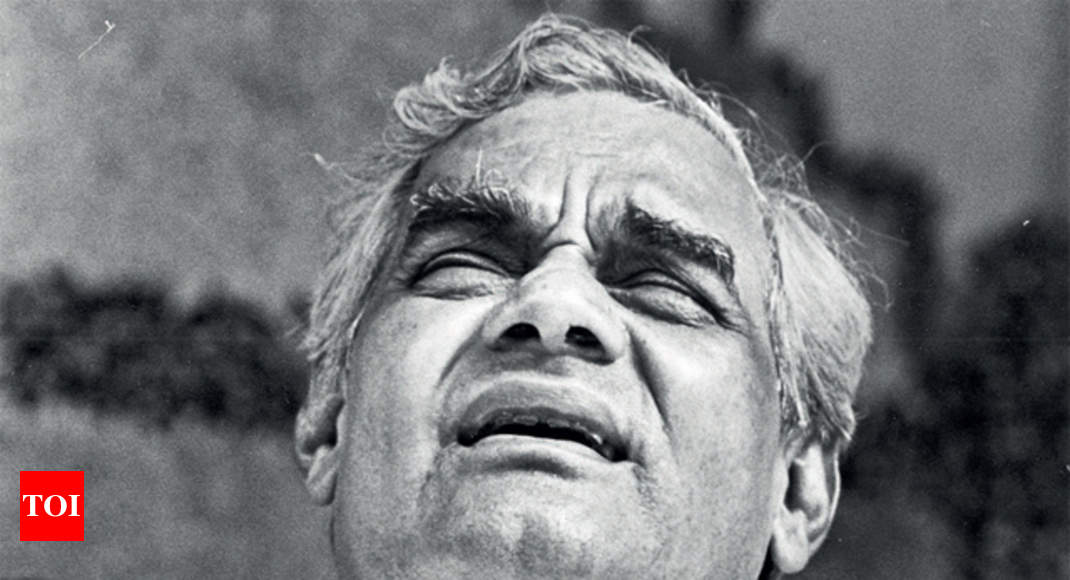 On March 29, 1962, the Times of India (ToI) published a report on the performance of members of Second Lok Sabha, which was due to be dissolved before the General Election that year. Of the 507 members, it noted, 104 had not spoken at all.
At the other end of the scale was a loquacious Congressman from Hissar, Pandit Thakurdas Bhargava, whose speeches and interjections totalled over 56 hours, followed by the Prime Minister, Jawaharlal Nehru, whose time crossed 56 hours. On the Opposition side, the Socialist leader Braj Raj Singh had spoken for over 29 hours, followed by Atal Bihari Vajpayee of the Jan Sangh, whose total was a few minutes short of 24 hours.

This was an impressive result for Vajpayee, a first time MP from one of the smallest parties in the Second Lok Sabha.

The Jan Sangh’s five members were way behind the Congress at 403, the Communists at 29 and even regional parties like Orissa’s Ganatantra Parishad at 6. It was viewed with suspicion for its link – even when strategically denied – with the Rashtriya Swayamsevak Sangh (RSS), which had been briefly banned for its alleged association with the assassination of Mahatma Gandhi.

But being a small party in a small Opposition has one benefit – it is easier to get time to speak, and Vajpayee made full use of this. This is not a part of his life that gets much scrutiny and yet it was formative, not just for him, but for the Jan Sangh, which would become today’s Bharatiya Janata Party. The party needed to be accepted by the political system and the handsome, eloquent and sociable Vajpayee was the perfect person to make it happen.

Vajpayee raised the national identity issues important to the RSS in ways that were attention grabbing, even if not particularly relevant to the issue. For example, a long ToI report on a debate in July 1957 on the armed forces being prepared for war with Pakistan, started by noting Vajpayee’s complaint that “he did not like the practice of naming various regiments of the Indian Army on the basis of communities. All regiments were Indian and names like Sikh and Jat regiments should be given up…”

In November 1957 when the deputy minister for food was answering a question, Vajpayee asked if he was out of order for responding in English when the question had been in Hindi. The Speaker retorted that Parliament was not a Hindi class, but this exchange was an early warning of the language battles of the 1960s, when Vajpayee would fervently support of ending the use of English.

In a debate on Benaras Hindu University in 1958, Vajpayee deplored that “representatives of Hindu culture and learning” were not given a place on the Court of University, but in general he seems to have stayed off explicitly pushing too many Hindu issues in those early days. It was easier perhaps to attack aliens, like the Chinese traders in Calcutta who, in 1960, during rising tensions with China, he accused “had opened dry cleaning and dyeing shops at strategic points in the city…”

But many of the debates show Vajpayee getting involved with more general issues, striking alliances with, for example, Minoo Masani, the Independent MP who opposed the government’s leftwards shift on economic policies. One example was the government’s proposal to promote co-operative farming, and Masani opposed this as a step towards Soviet style collective farming. Vajpayee supported him vigorously, arguing in a March 1959 debate that it “would lead to a weakening of democracy in India, an upheaval in the rural economy and unemployment.”

Some of the issues he got involved in were quirky. In November 1959 Vajpayee enthusiastically supported a private member’s proposal to have Parliament meet once a year in South India. The government refused to countenance it, but Vajpayee pointed out that “there were precedents like Delhi-Simla, Gwalior-Indore (in former Madhya Bharat) and Srinagar-Jammu.”

A few days later he spoke against a Home Office memorandum allowing department action against Government servants who neglected their wives: couldn’t the wives just go to Court if they had problems, he asked.

And Vajpayee showed the Lok Sabha the humour he could deploy so effectively. In February 1958 ToI reported: “Complaining of insecurity of life due to increasing number of accidents on the railways, Mr. Atal Bihari Vajpayee (Jan Sangh) said that things were so bad that when one bought a railway ticket, there was every chance that one would have to bid farewell to “jag” (world) and “jivan” (life). Under such conditions one ultimately travelled with “Ram” on his lips. The Railway Minister, Mr. Jagjivan Ram, smiled.”

But if Vajpayee was changing Parliament’s impression of the Jan Sangh, he was also being changed in return. The RSS world he had come from was isolated by design and had a profound suspicion of the wider world at its core. “The biggest lawmaking body of the country provided him an opportunity to understand his and his party’s limitations and then go beyond them,” writes Ullekh NP in his book The Untold Vajpayee.

Jan Sangh members were often unwilling to engage with others or unnecessarily prickly. Vajpayee was not and started forming the cross-party friendships that would bear fruit decades later, first with the Janata government and then in the coalitions that would finally bring the BJP to power.

Ullekh suggests that Vajpayee was able to learn even from the ultimate bogeyman for the RSS and its affiliates: “Pandit Nehru’s forbearance and genial ways to the most virulent of criticisms, launched by the likes of him, were destined to have a long-standing effect on the angry young parliamentarian.”

The other way Parliament changed Vajpayee was in his attitude to the world outside India. The attitude of the RSS of that time tended to be either uninterested or see the world abroad as source of corruption to India. Vajpayee made statements of this kind in debates, but also started paying attention to affairs in Eastern Europe, Southeast Asia and, in particular, Tibet.

Along with Masani he badgered Nehru to support the Tibetans against the Chinese, which neatly tied into their anti-communist interests. And perhaps it was in recognition of this that in 1960 ToI reported that “Mr AB Vajpayee, leader of the Jan Sangh group in Parliament, is leaving for the United States on September 25, at the invitation of the US Government to watch the forthcoming US Presidential elections as an observer.” The young MP was clearly set to go places.