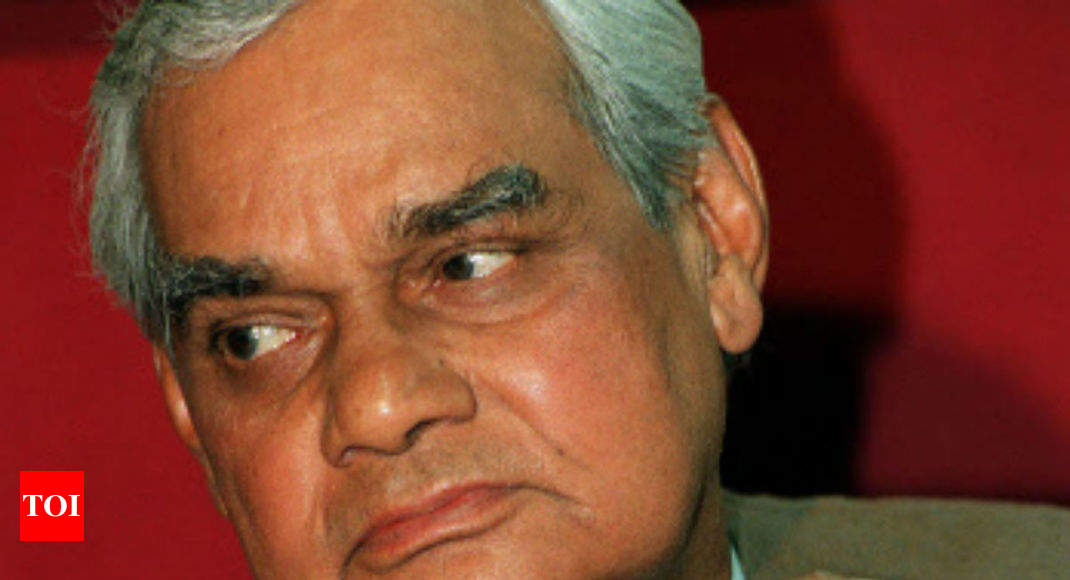 Atal Bihari Vajpayee was a very visible presence in Indian politics for six decades, entering Parliament in 1957 and continuing till 2009. He was part of the Bharatiya Jana Sangh since it was founded by Dr Syama Prasad Mookerjee in 1951, and watched it grow in strength. Since the fourth Lok Sabha in 1967, Vajpayee acted as leader of the opposition, despite the fact that no party was recognised as an opposition party from 1952 to 1977 as they didn’t have the minimum number of members, which is a tenth of the total strength of the House.

Vajpayee was an excellent parliamentarian and an able administrator. He was the first to provide leadership to an effective coalition government six years from 1998 to 2004. Though the first NDA government collapsed in less than two years, it was re-elected in Sep-Oct 1998 and he led the government for full term successfully. Though BJP was defeated in the 2004 general elections, it won only seven seats fewer than the ruling Congress, which had 145.

A strident yet reasoned voice in the opposition, Vajpayee remained a consensus seeker while successfully heading the first coalition government for a full term. Despite the limitations of a coalition, he deftly managed to navigate issues in Kashmir, talks with Pakistan and a nuclear test in Pokhran.

As Prime Minister, Vajpayee carried on the economic reform process begun by P V Narasimha Rao and Dr Manmohan Singh in 1991, and ensured steady growth of the Indian economy at an average rate of 6% per annum. I remember an instance that shows his spirit of cooperation with the opposition. As commerce minister in P V Narasimha Rao’s cabinet in 1995, I had signed an agreement to set up the World Trade Organisation (WTO). As per the agreement, we were to amend the Patents Act to allow product patents. We couldn’t get the bill passed in Rajya Sabha due to opposition from the Left and BJP. Twice, we brought the bill but could not amend the law within the stipulated five years. As a result, a complaint was made against India in the WTO dispute settlement mechanism. Meanwhile, the government had changed at the Centre. Murasoli Maran, commerce minister in Vajpayee’s cabinet, moved the amendment again.

Vajpayee spoke to Dr Singh, leader of the opposition in Rajya Sabha, to have the bill passed. He jokingly told me, ‘Pranab da it is your baby, why don’t you support it?’ We discussed it with Congress president Sonia Gandhi, who told us to explain the amendment to members of both Houses. At a Congress parliamentary party meeting, I spent two hours explaining why we needed WTO and the amendment to the Patent Act. We should not lose the WTO founding-member status, which we had got in 1995 under a Congress government, I told them. I pointed out that there were only two differences between the old bill I moved and the new: One, the year, and two, the name of the member-incharge had been changed from Pranab Mukherjee to Murasoli Maran. There was no change in the text of the bill. When the bill was passed, Vajpayee called and thanked me.

Another incident demonstrates his ability to work across both sides. He has mentioned it in the House. When Parliament was attacked by terrorists on December 13, 2001, Sonia Gandhi was not in the House but rang Prime Minister Vajpayee to inquire about his well-being. Referring to this, Vajpayee said Indian democracy was secure when the leader of the opposition expressed anxiety for the well-being of the Prime Minister during a crisis. Such was the magnanimity of Vajpayee.

A democrat to the core, Vajpayee followed and personified the great traditions established by his illustrious predecessors, especially Jawaharlal Nehru.

The writer is former President