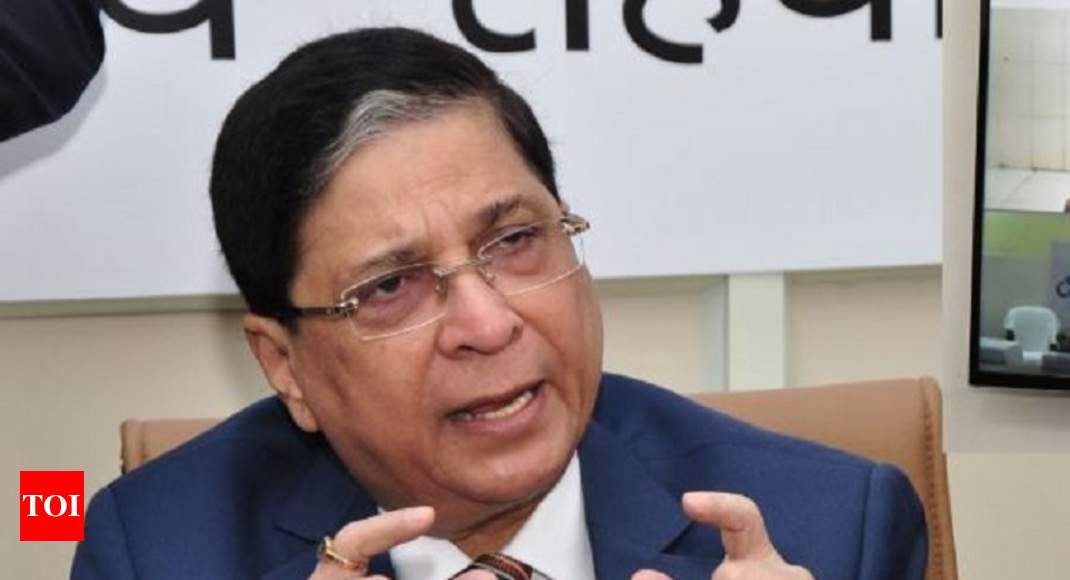 NEW DELHI: The Supreme Court on Wednesday chided an advocate for circulating “unwarranted and baseless insinuations” on social media platform WhatsApp against Chief Justice of India Dipak Misra for refusing to accede to the lawyer’s request for early hearing of a petition.

When the advocate stood up again on Wednesday to make a mention for early hearing, a bench of CJI Misra and Justices A M Khanwilkar and D Y Chandrachud took strong exception to the lawyer’s conduct.

“The CJI takes split second decisions about petitions which require urgent hearing while entertaining 50 such requests from lawyers during the first half an hour every day. If urgent hearing request is denied, should a lawyer resort to such baseless insinuations against the CJI on social media platforms?” Justice Chandrachud asked.

“When you make such baseless allegations against the CJI for not acceding to your request for urgent hearing, it only damages the institution of judiciary. The judges have no platform to defend themselves. We have no problem when our judgments get discussed in any forum. But judges are defenceless against circulation of such canard on social media platforms. Those sending or circulating messages on social medial should exercise some restraint and responsibility,” he added.

“In judiciary, the nature of the job is that some get relief and others don’t. If one does not get relief, and he targets the judges, then it will be very unfortunate for the institution,” Justice Khanwilkar said.

The lawyer mentioned certain remarks of Justice J Chelameswar, who retired recently. Justice Chandrachud said, “We as judges have a tenure. After our retirement, if one walks up to us and seeks our view and then uses it to target judges, it does not augur well for the judiciary.”

The CJI refused the lawyer’s request for early hearing yet again.