Categorized as
558
Tagged as
MessageWhatsapp
Related 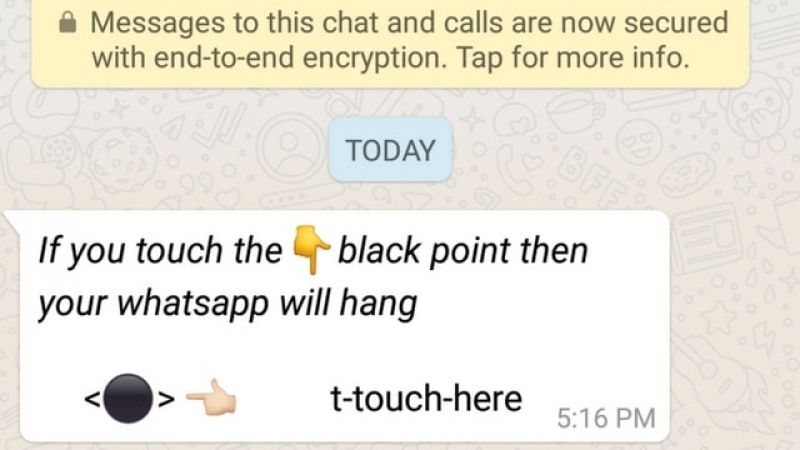 As per a report, the message bears some unknown special characters which can crash the application. The bug is reportedly affecting only Android smartphones, and iOS users seem to be unaffected by the forward. The source of this message is not known yet. While there is nothing malicious behind this bug but has seemingly been created to plague you.

Additionally, this is not the first time that such a spam message has been floating in the platform. Earlier in February, a bug was causing iPhones to crash when a single character in Telugu, an Indian language, was sent to the device or typed in a text editor.