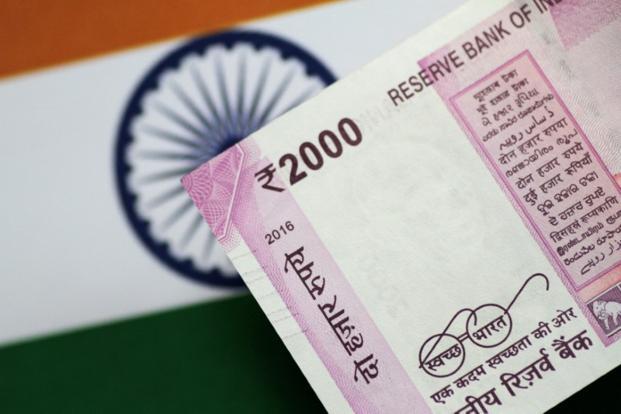 The rupee’s fall to fresh record lows against the dollar is the direct fallout of incessant flight of dollars from domestic equity and bond markets. Photo: Reuters

Mumbai: The Indian rupee dropped to a new record low of 69.09 per dollar on Thursday, giving out echoes of an earlier vulnerable period in 2013. At that time, India was clubbed into a cluster called “Fragile Five” with other economies that were seen as the most vulnerable to external shocks. While India may not be that fragile now, the country’s rupee-dollar exchange rate is still more vulnerable than other peers.

Why is the Indian rupee at a historic low?

The rupee’s fall to fresh all-time lows against the dollar is the direct fallout of incessant flight of dollars from domestic equity and bond markets. Foreign portfolio investors (FPIs) have pulled out a cumulative $9.4 billion from equity and bond market since January. As more and more dollars got repatriated, the value of the rupee fell which explains the sharp fall in the currency over the last three months. FPI outflows have been the heaviest in April when outflows from equity and debt totaled $5.6 billion.

Why are foreign portfolio investors pulling out dollars?

The dollar outflows are part of a broad risk aversion among foreign investors towards emerging market economies. The US Federal Reserve’s rate hikes have made dollar assets give more returns to investors thereby making emerging market assets look less appealing. Note that emerging market assets are perceived to be more risky while the dollar is a safe haven. An increase in the return of a safe haven asset will automatically lure investors. Another factor that has escalated dollar outflows is the perceived implications of the US-China trade war. Further, India’s vulnerability to the sharp rise in crude oil prices has also worried foreign investors.

What are the implications of the rupee’s sharp depreciation on industry?

The currency’s weakness makes imports costlier. India is the third-largest importer of oil and given that fuel permeates every sector of the Indian economy, the escalation in its cost will have wider implications. Oil importers will take a hit on margins or pass on the cost to consumers. Importers of capital goods will see shrinkage in margins as well. An already weak gems and jewellery sector will be hit harder. On the other hand, sectors such as Information technology, textiles and others that export goods will benefit in a big way.

What does a weak rupee do to the Indian economy?

The depreciation of the rupee has the potential to increase domestic inflation through the import route. An already rising crude oil prices will escalate even more once the exchange rate is considered. Oil marketing companies will most likely pass the cost to consumers through fuel price hikes. As fuel permeates almost all sectors of the economy, retail inflation is likely to rise on a broad basis. A sharp rise in inflation will be detrimental to growth, especially when investment is just reviving. The Reserve Bank of India (RBI) estimated in its monetary policy report in April that for every 5% fall in rupee, retail inflation will increase by 20 basis points.

What is the solution for a weak rupee?

The premise that a weakening rupee needs to increase the competitiveness of the domestic industry is valid since exports tend to benefit from a falling exchange rate. However, a sudden fall in the currency may shake faith in the economy and, therefore, the RBI is known to intervene in the forex market to slow the fall. The short-term solution is this intervention by the central bank. Over a longer period, reducing dependence on imports and attracting consistent foreign direct investment through friendly policies may make the currency less vulnerable to external shocks.