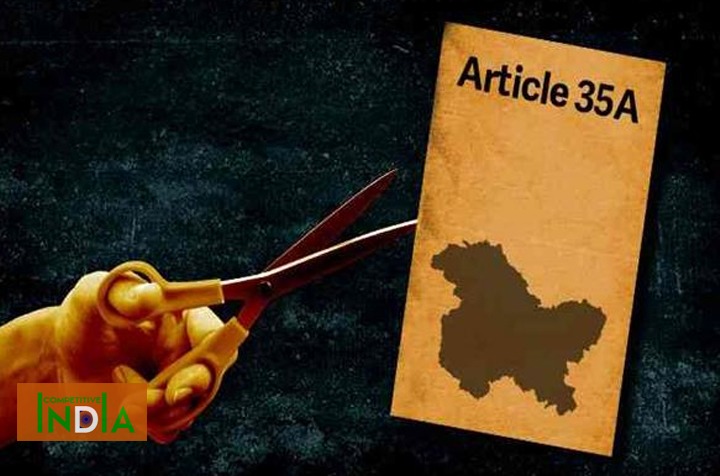 Supporters of All Parties Hurriyat Conference (APHC) hold a protest in Srinagar on August 3, 2018.
Ahead of the August 6 hearing in the Supreme Court of the petitions challenging the validity of Article 35A of the Constitution, which grants special privileges to Jammu and Kashmir, separatists have called a shutdown on August 4 and 5 in protest against government’s alleged move to tamper with the Article.

The petition in the case has been filed by a Delhi-based NGO, We the Citizens, saying the state’s autonomous status granted by Article 35(A) and Article 370 of the Constitution discriminates against fellow citizens from the rest of the country.

What is Article 35A?

Article 35A gives special rights to the Jammu and Kashmir’s permanent residents. It disallows people from outside the state from buying or owning immovable property there, settles permanently, or avail themselves of state-sponsored scholarship schemes. It also forbids the J-K government from hiring people who are non-permanent residents.

Article 370 of the Constitution grants special status to Jammu and Kashmir, while Article 35A empowers the state legislature to define the state’s “permanent residents” and their special rights and privileges.

What is the controversy?

The provision in Article 35A that grants special rights and privileges to permanent citizens appears in the Constitution as an “appendix”, and not as an amendment.

According to the NGO, Article 35A should be held “unconstitutional” as the President could not have “amended the Constitution” by way of the 1954 order and that it was only supposed to be a “temporary provision”. The Article was never presented before Parliament and came into effect immediately.

The Jammu and Kashmir government has contested the petition, saying the President had the power to incorporate a new provision in the Constitution by way of an order.