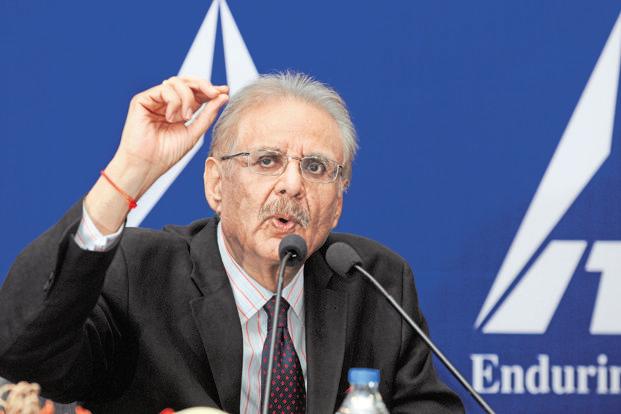 Y .C. Deveshwar’s term as ITC Ltd’s non-executive chairman is being extended by two years and will now end on 3 February 2022. Photo: Mint

Y .C. Deveshwar’s term as ITC Ltd’s non-executive chairman is being extended by two years and will now end on 3 February 2022. Earlier, his term was to expire on 4 February 2020. The proposal to extend his term will be put to vote at the company’s annual general meeting (AGM), to be held on 27 July.

ITC’s AGM notice says the Nomination and Compensation Committee and the board of directors were of the view that this extension was in the best interests of the company, in view of “the increasing size and complexity of the organisation”.

Shareholders may be puzzled at this development. There is time for the current term to end and an extension could have been sought in the next AGM too. And the stated reason for the extension also does not say much about what it means by increasing size and complexity. 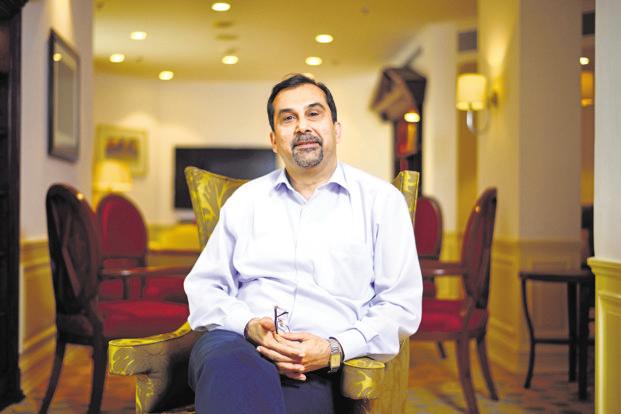 The designation of Sanjiv Puri, who took over as CEO on 5 February 2017, was recently changed to managing director with no reason cited. Photo: Pradeep Gaur/Mint

Now, one definition of size can be revenue or the number of new businesses. Revenue growth is actually under pressure due to rising cigarette prices because of higher taxes. FY18 also saw the goods and services tax roll-out disrupt sales in the FMCG (fast-moving consumer goods) business, though temporarily. The fiscal year saw gross sales increase by only 4.5%. While the consumer goods division has plans to add new lines, that’s not new.

In terms of complexity, again, the issues facing ITC are not new. The cigarettes business has been battling rising taxes and adverse regulatory changes for years now. Its FMCG business has been in investment mode for years. These are the two businesses of most interest to shareholders. 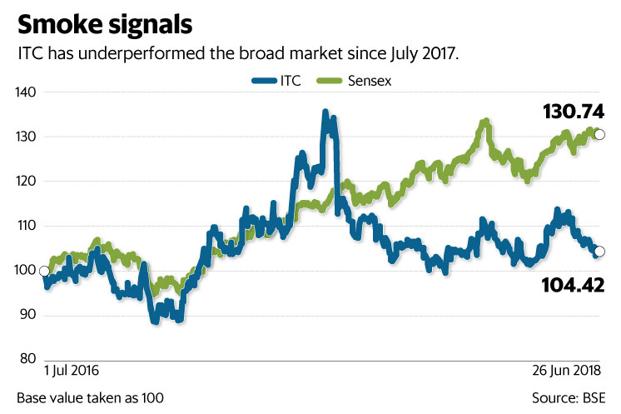 Even if shareholders accept the board’s view that size and complexity are increasing, surely the new management is fit to handle it, and if not now, then by February 2020 at least. Consider the chief executive’s experience. Sanjiv Puri has been working in ITC since 1986 and was the chief operating officer since July 2016, before taking over as the chief executive officer and charge of the executive leadership since 5 February 2017. Recently, his designation was changed to managing director, though no reasons were given for it.

There is no doubt that ITC is going through a challenging period. Its shares have underperformed the broad market (see chart) and show little sign of recovering. FMCG stocks including that of Hindustan Unilever Ltd have gained handsomely in recent months, on the back of investor confidence that demand is reviving. ITC’s shares have not joined in. This is despite its FMCG business seeing good growth in the March quarter.

The problem child is the cigarettes business. An adverse tax regime and a regulatory push to curb smoking have created a difficult environment for the business to grow. This was the cash cow of the company, which was used to incubate businesses such as hotels, paper and more recently its consumer goods business. Continued pressure on the cigarettes business could threaten its ability to provide indefinite support to scale up the consumer goods division.

These challenges do require a strong set of hands. That is precisely what the new leadership should be prepared for, because they have been mentored for it. At some point, they will have to fly solo and what better way than a trial by fire. That is one view but another can be a more cautious one. The challenges are huge and there is much at stake, so perhaps it is better to retain a veteran with a successful track record guiding the executive management, for four more years.

While the second view may have found favour with the board, investors may wonder what it speaks about the executive leadership’s ability and calibre to independently take on tough challenges, take the company into the next phase of growth, possibly transforming it along the way. After all, that’s what Deveshwar did in his early years at ITC’s helm, which defined what the company has become today.