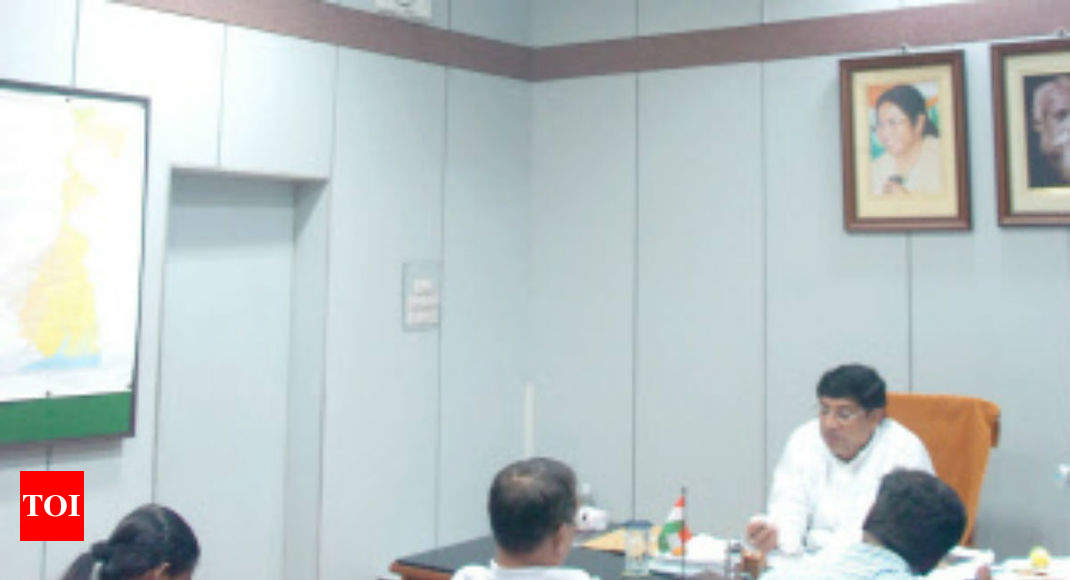 KOLKATA/DUMKA: Officials of West Bengal and Jharkhand will meet tomorrow in a bid to end the impasse over the painting of a part of the Massanjore Dam in the shades of white and blue.

The two states have been at loggerheads since Friday when West Bengal’s TMC government painted the walls of the dam situated in Dumka district in Jharkhand where the BJP was in power.

A senior official of the irrigation department and district magistrates of Birbhum and Dumka would sit for a meeting to find out a solution to the issue, Mahapatra said.

“At the moment there is no problem here. There will be a meeting tomorrow regarding the issue and hopefully it will be resolved,” Mahapatra added.

The minster had earlier asserted that the dam was maintained by his government, and “nobody had any right” to stop its workers from the carrying out the work.

Refusing to back down, BJP Dumka MLA and Jharkhand minister Louis Marandi had on Sunday threatened to “gouge out eyes” of those who dared to look at the barrage.

The work was completed in 1955. There was an agreement between West Bengal and (undivided) Bihar governments. My claim is that the agreement has lapsed 10 years ago, Marandi told PTI in Dumka.

The Massanjore dam was constructed in Jharkhand displacing people of 144 villages, who haven’t been rehabilitated till date. On the other hand, West Bengal is getting the benefits of water and electricity, she added.

She further asked the West Bengal government to make the agreement on the dam, signed between the governments of West Bengal and undivided Bihar, public.

However, Mahapatra questioned the need for it.

“I do not see any need to make it public. Why should we make it public. If you are really keen you can come out with the one you are currently having,” he said adding that the agreement was reopened twice back in 1955 and 1978.

He also emphasised that the West Bengal government was the one which is responsible for the maintenance of the dam as well as paying salary to the workers.

A Birbhum district report said that officials, led by ADM (development) Ranjan Kumar Jha, went to Dumka yesterday to meet the deputy commissioner there but could not meet him, Birbhum District Magistrate Moumita Godara said.

Officials at the DC’s office there said he was busy at Sharavani Mela at Basukinath temple and so the team returned, sources at the Birbhum district administration said, adding the meeting is likely to take place tomorrow.