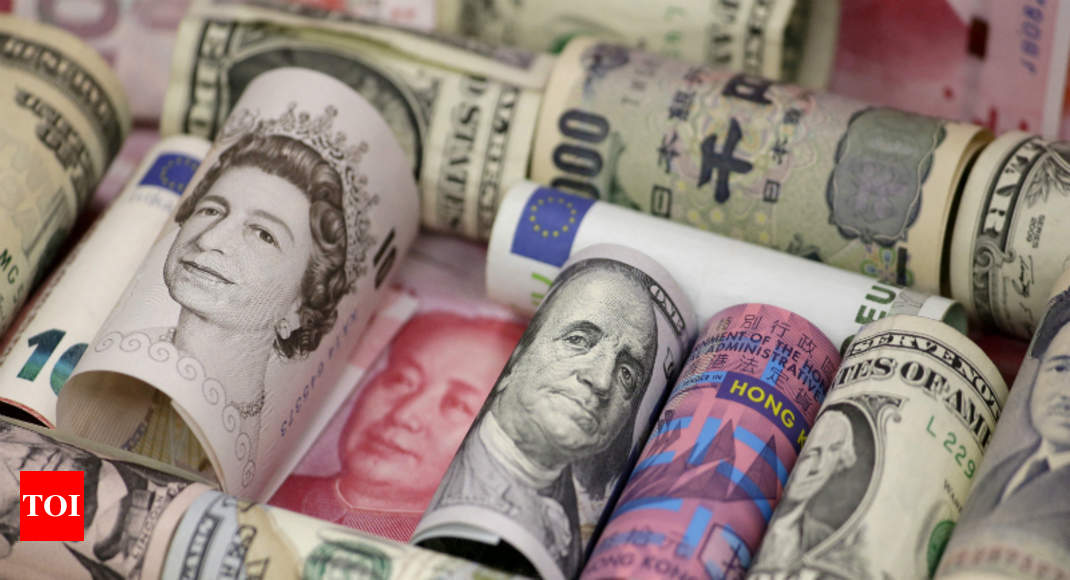 NEW DELHI: India’s foreign exchange reserves may soon drop below the $400 billion mark for the first time since November as the Reserve Bank of India (RBI) steps up action to shore up one of Asia’s worst-performing currencies.

Reserves have steadily declined by $21 billion from a record peak of $426 billion in mid-April, and official data on Friday may show a further slide. With the rupee set to remain under pressure in the face of an emerging-market sell-off, trade war jitters and a stronger dollar, there’s little sign the central bank will ease up on its currency intervention.

The magnitude of the slump since the April peak matches the drop in reserves in the four months through August 2013 in the aftermath of the so-called taper tantrum, when the rupee plunged more than 15 per cent against the dollar.

The rupee has lost more than 7 per cent against the dollar so far this year and was trading at 68.637 per dollar on Thursday, not far from its record low.

If the rupee’s weakness is sustained, policy makers have other options available to curb the current-account deficit and limit foreign-currency demand, including import tariffs, caps on external debt and off-market swap deals with oil importers.

Here are some of the reasons reserves will remain under pressure:

Nearly $7 billion from Indian bonds and stocks have exited so far this year and the Reserve Bank of India has sold dollars steadily to smooth the volatility. With the US Federal Reserve set to hike interest rates further and trade tensions weighing on global growth, foreign investors are pulling out of emerging markets to safer havens.

Governor Urjit Patel has expressed worries about the emerging-market turmoil, arguing that the Fed’s plans to shrink its balance sheet are adding to risks.

The RBI raised interest rates for the first time in four years in June and another quarter per centage point hike is possible next week as inflation hovers above the RBI’s medium term target of 4 per cent. Higher rates boosts the appeal of Indian assets and helps to retain almost $100 billion in short-term debt that the RBI considers hot money, which can quickly leave the country in times of global risk aversion.

India won’t be spared if trade friction between the US and China hurts global growth and slows export demand. The trade shortfall is already at a five-year high, a key reason the current-account deficit is seen widening to 2.4 per cent of gross domestic product in the current fiscal year ending March 2019.

“India’s exports could come under pressure if these headwinds persist,” said Kapil Gupta, an analyst at Edelweiss Securities Ltd. That’s not good news for the trade balance as a larger deficit usually puts more downward pressure on the currency.

India is the world’s fastest growing oil user and a 50 per cent jump in crude prices from a year ago have pushed up the import bill, adding to pressure on the current account, while also worsening the inflation outlook.

With the economy rebounding this year, imports of electronic goods are also up more than 20 per cent from a year ago. Strong domestic consumption and a modest recovery in investment could spark demand for more capital goods imports.