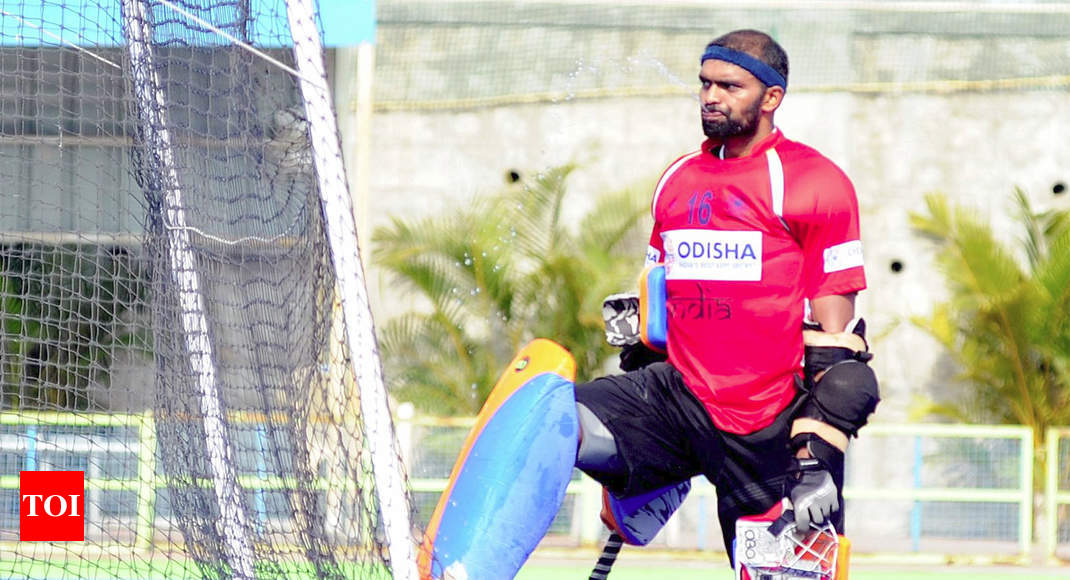 BENGALURU: Disappointed he may be for not winning the gold at the Champions Trophy but India hockey captain PR Sreejesh insisted that the players took the game to the next level in Breda and it will help them do well at the Asian Games and the World Cup at home.

India were beaten 1-3 by Australia in the shootout after score remained 1-1 at the end of regulation time. It was second consecutive silver medal for India in the tournament.

Sreejesh, who stood out under the bar throughout the tournament, said the Indian players had it in them to prevail over Australia.

“I was disappointed for not winning the gold in the Champions Trophy because we anticipated meeting Australia in finals. We did meet them, but could not do well in shootout. We believed we could beat Australia and played with that spirit,” Sreejesh said after his arrival from Netherlands.

“We did extremely well, especially after the team lost striker Ramandeep Singh, who sustained an injury. Boys took the performance to next level and definitely this will help us to do well in Asian Games and World Cup,” Sreejesh added.

Looking ahead, Sreejesh said after the five-day break, the team will assemble and chart out strategies and plans for the Asian Games.

Talking about his own performance in the tournament, Sreejesh said, it was a challenge to recover from injury and perform.

“I worked really very hard to become match fit and worked on certain aspects of the game. All these could not have happened without team support. I am happy to win the award and I think, our defence really stood out,” he said.

Replying to a query, Sreejesh said coach Harendra Singh has been great for the team because he is good at motivating the players.

“Harendra knows the boys really well, for all of us have worked with him at junior level. One of the best parts of him is, he really motivates and pumps up players. He is gifted with using right words just before players walk onto the field.”

The players also are immensely happy to give Harendra his first silver as the coach, for he had never played as a player for the country in Champions Trophy, Sreejesh added.