We hope to comeback with more medals from Asiad: Gopichand | SPORTS
Categorized as
146
Tagged as
BadmintonPullela GopichandSaina Nehwal
Related 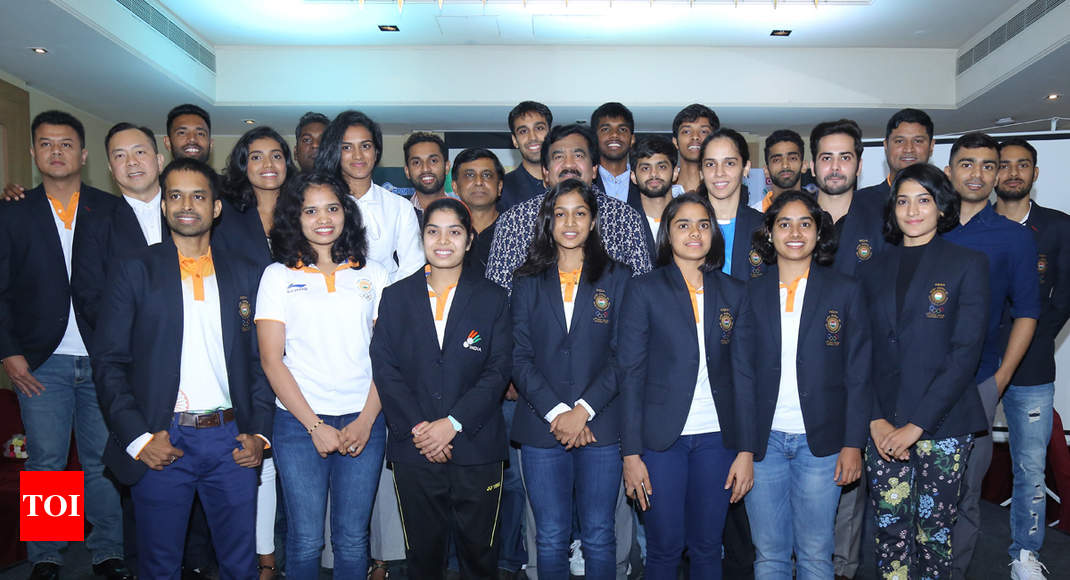 HYDERABAD: After a brilliant show at the Commonwealth Games and impressive outing at the World Championships, Indian shuttlers are keen to make a mark at the Asian Games. India had so far won eight bronze medals at the Continental Games and only the women’s team won a bronze at the last edition in 2014.

The squad led by PV Sindhu, Saina Nehwal and Kidambi Srikanth will be gunning for glory this time. Speaking at the send-off function organised by SportzLive, chief coach Pullela Gopichand said that his team will be coming back with more medals from Jakarta. “We have the right firepower and the shuttlers are ready to shoulder the nation’s hopes. The field is tough but we have put in a lot of effort to be in good shape. We hope to comeback with more medals,” Gopichand said adding that India has a chance to win medals in each of the seven events.

“The interesting aspect is that we have a chance to win medals in every event. This credit goes to our doubles shuttlers and their coach Kim Tan Her. At the Worlds, Ashwini, Sikki, Satwik, Chirag, Manu, Sumeeth, Pranaav have all done extremely well. I am confident that they would do well at this Games as well,” he added.

Former world No.1 Saina Nehwal said that though the year has been tough for all the players they have been performing well. “With so many major events this year has been tough for all the players. We are working hard and we would do well like how we did at the Commonwealth Games. Winning bronze as part of the women’s team was quite exciting and we are confident of doing even better now. We have a good composition and can beat the best. I am 100% fit to perform and look forward to a podium finish,” Saina said.

Sai Uttejitha Rao and Gopichand’s daughter Pullela Gayatri, who are part of the six youngsters in the squad said that they are excited to be part of the squad and could not ask for a better exposure than being part of the Indian team for a major event.

Vice-president of the Telangana Badminton Association V Chamundeswaranath promised cars for the doubles players if they win gold or silver. The former Andhra Ranji captain, who gave cars to several players in the past, said that doubles medallists would be presented with Ford Ecosport cars.

The India squad will leave for Jakarta on Tuesday. The badminton event will be held between August 19 and 28.