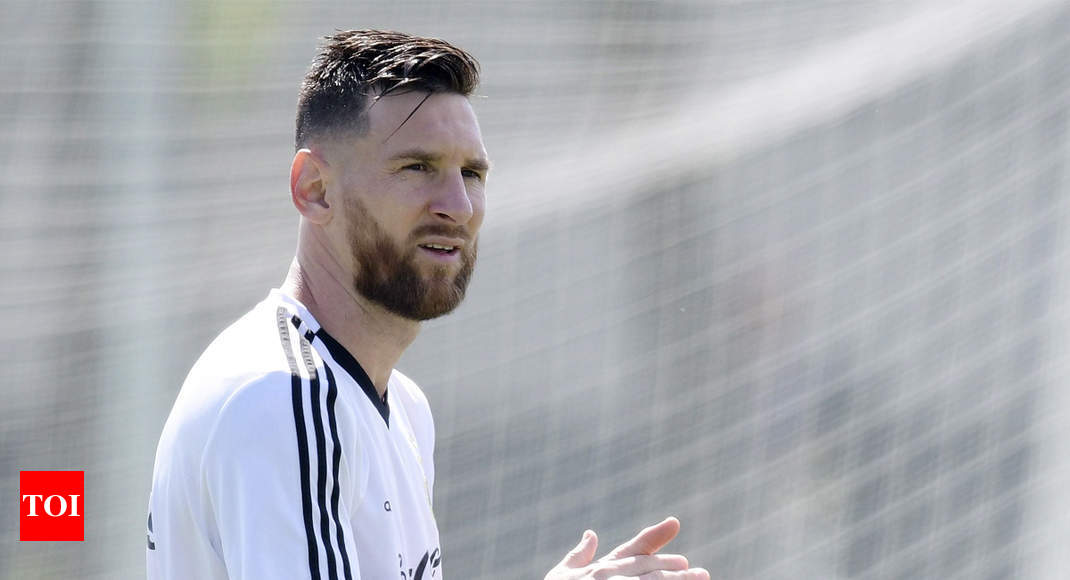 KAZAN (Russia): France have a number of options to limit Lionel Messi’s influence in their round of 16 clash against Argentina but they are also resigned that he could turn the match in an instant, coach Didier Deschamps said on Friday.

Messi has yet to light up the World Cup in a stuttering Argentina side but his clinical strike in the 2-1 win over Nigeria underlined the danger the Barcelona forward will present Deschamp’s side at the Kazan Arena on Saturday.

“Messi is Messi, look at his statistics, 65 goals in 127 matches,” Deschamps told reporters at the stadium.

“It’s straightforward, hopefully we would like to neutralise him but we know very well he can make the difference with very little.

“When you play Argentina and Messi on the pitch there are several solutions to limit his impact.”

France will look to boss the midfield in a bid to limit supply to the lethal 31-year-old, who has struggled to impose himself in the tournament, and hope their defence can continue to hold firm after conceding only one goal in the group phase.

Deschamps said full back Benjamin Mendy, who returned as a second half substitute in the 0-0 draw against Denmark after missing the opening games against Australia and France, had been ruled out with a “small muscle injury”.

France may face more queries up forward, however, where their array of attacking talents have yet to dominate.

Striker Antoine Griezmann is under pressure to perform after being off the pace in the dull Denmark draw, and he has only got on the scoresheet with a penalty in the opening 2-1 win over Australia.

Captain and goalkeeper Hugo Lloris backed Griezmann to make his mark at the tournament.

“It is normal that there are expectations around Antoine,” said Lloris.

“He’s one of the top players, he’s done a major Euro competition and feels like being one of the great players of this World Cup.”

Although sailing through the group phase, the scoreless draw against Denmark raised concerns about Les Bleus’ momentum heading into the Argentina blockbuster.

Lloris said his team was only looking ahead, however.

“As we said, this is a new tournament that begins, and I think we have to depend on our collective strength, on a defensive solidity and we know our attacking potential,” Lloris added.

“We have a lot of young but talented players who can make a difference at any moment of the game.”