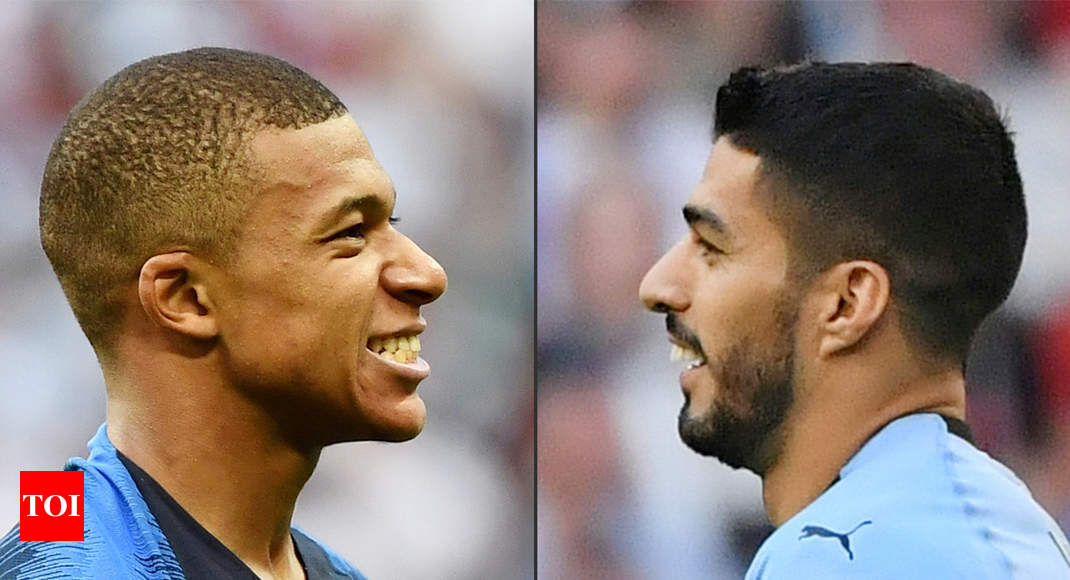 NIZHNIY NOVGOROD (Russia): Luis Suarez is confident Uruguay can nullify the threat from France’s teenage sensation Kylian Mbappe, as they prepare for their World Cup quarter-final clash later this week.

Talking to reporters at the South American team’s Bor training camp near Nizhny Novgorod, where Friday’s last-eight match takes place, Suarez said he had faith in the defence, which has conceded just one goal in the tournament so far.

“Everybody knows he’s (Mbappe) a really good player, but I think we have a really good defence to control him,” said the Barcelona striker.

Mbappe, 19, was the star in France’s thrilling 4-3 victory over Argentina.

The Paris Saint-Germain youngster scored twice and his pace and skill also forced a penalty from which France scored their first goal.

Suarez said there were more threats from France than just Mbappe, picking out Antoine Griezmann, who he said had a “brilliant left foot”.

Mbappe and Griezmann have been singled out by Uruguay coach Oscar Tabarez as the main threats to the South Americans but he suggested they would not get the same space afforded to them by the Argentine team.

Suarez was less convinced by recent claims that Griezmann was half-Uruguayan because he plays with Diego Godin and Jose Gimenez at Atletico Madrid, drinks mate tea and even turned up at the airport wearing a Uruguay shirt to greet his teammates when they qualified for Russia.

“Antoine, no matter how much he says that he’s half-Uruguayan is French and does not know what the Uruguayan feeling is,” said Suarez.

“He does not know the dedication and effort that Uruguayans make from boys to be able to succeed in football with so few people.”

The Barcelona star added that the team would have to “wait and see” if his striking partner Edinson Cavani, who picked up a calf muscle injury in Uruguay’s 2-1 win over Portugal last-16, will be ready for Friday’s match.