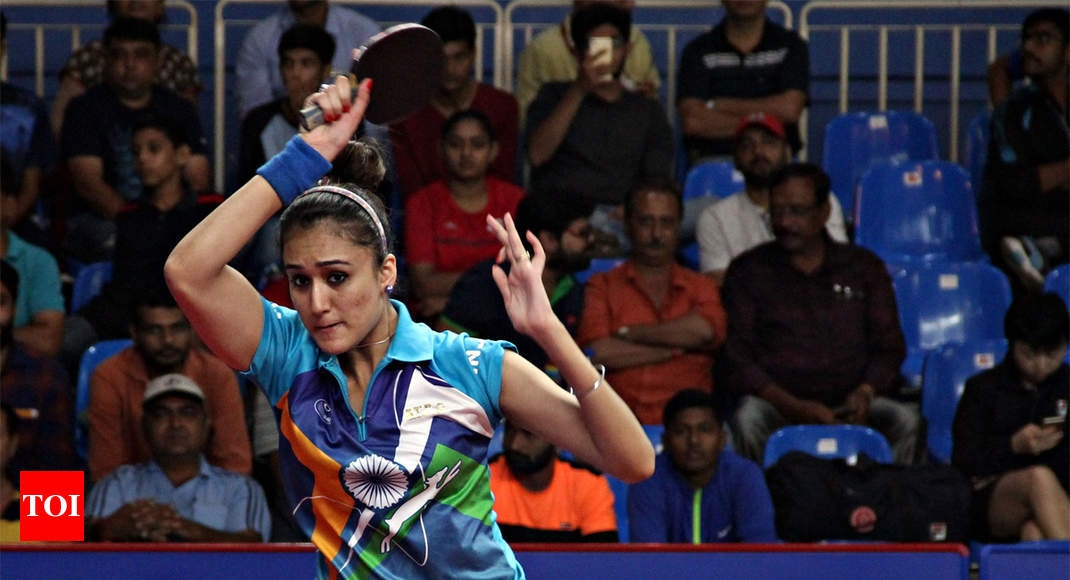 KOLKATA: Ace table tennis player Manika Batra shot into limelight with her four-medal haul in the Commonwealth Games earlier this year. But she faces a bigger challenge in the upcoming Asian Games. The Delhi paddler spoke to TOI about her preparations and expectations from the quadrennial Asian extravaganza.

Excerpts from an exclusive interview:

How important was the CWG success in context of your career?

The success in CWG has given me great confidence. Beating world No. 4 and three-time Olympic medallist Feng Tianwei of Singapore boosted my self-belief. I am also happy that my success has made table tennis more popular in India.

How do you plan to cope with the pressure of expectations?

I am playing international table tennis for a while and know how to handle pressure. After my CWG success, expectations will, no doubt, be higher but I take it positively. I am confident that it will help to lift my performance.

You have participated in CWG, Asian Games and Olympics. How different are they from one another?

CWG is competitive but is a much smaller platform compared to the Asian and Olympic Games. Competition-wise Asian Games will be much tougher with the Chinese and Japanese players in the fray. But the Olympics is the biggest and toughest of all competitions.

Do you think having playing against the Chinese and Singaporean players in the world team championship will aid your Asian Games campaign?

Most definitely, it will. Result wise, India didn’t do too well in the team championship, but our tie against China was quite close. The manner in which we fought certainly boosted our confidence. It made us realise that the Chinese too are beatable. I feel we are now capable of beating any opponent.

You seem to be quite easy going off the board. How do you channel your aggression at the table?

I think my quiet demeanour often deceives my rivals (laughs). At times they are taken aback by my aggressive style of play. But I need to be patient too. You cannot win all the time by being aggressive, sometimes you have to wait for your rivals to make mistakes and capitalise on them.

Can you explain your preference for different rubbers on either side of the racquet?

I have been doing that for long. I use long pimples on my backhand and normal rubber on the other side. By using the long pimpled rubber I can slow down the speed of the ball which takes my opponents by surprise. At the same time I can flip the racquet to play with the normal rubber, too. This adds another dimension to my game. Hours of practice has helped me to adapt to this style of play. I used to practice flipping the racquet during my off time, even while sitting at home. But people now study your game and I know this alone will not bring success. I need to improve my forehand.

How important is fitness in international table tennis?

Fitness is of paramount importance at the top level. The game has become faster over the years and you need to be very fit to cope with the speed. I do special fitness sessions after practice to improve my agility and strength. Being tall, I have to bend more when I am at the table, hence I do special training to strengthen my back muscles.

At the last Asian Games, you were ranked No. 147 in the world. In Jakarta, you will be entering as world No. 57. How big an advantage will that be?

I never focus on my ranking or my rival’s during play. Ranking doesn’t win you a match, what is important is how you play on the day. I only look to give 100 per cent for my country.