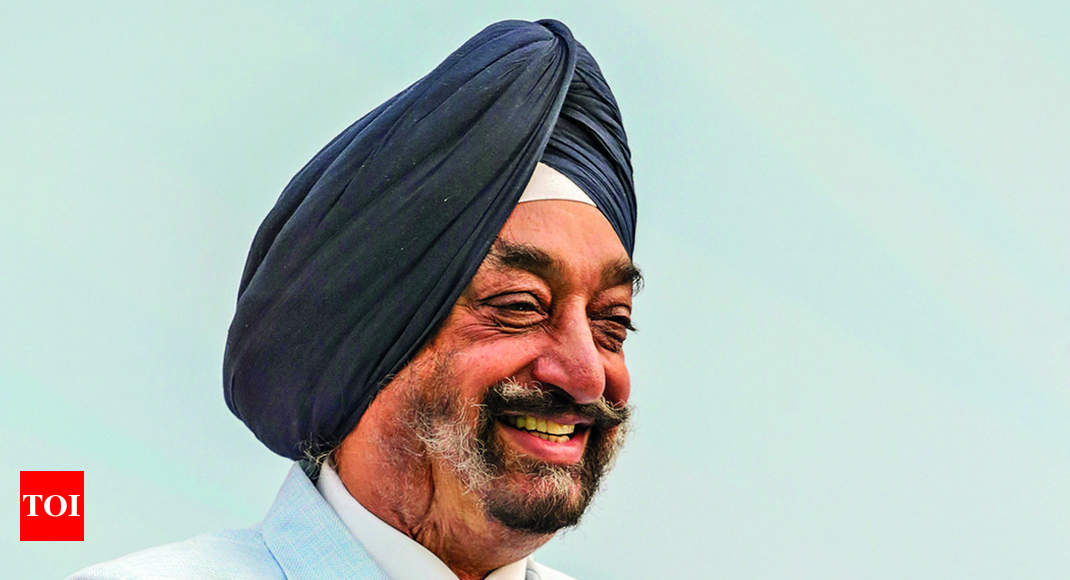 NEW DELHI: Once trapped in the administrative mess where the physiotherapist was dropped from the contingent for the Gold Coast Commonwealth Games, the Cycling Federation of India (CFI) is in no mood to tinker with the combination for the upcoming Asian Games in Indonesia.

CFI Secretary General Onkar Singh on Tuesday confirmed that the federation doesn’t want to risk another mess this time around and has already dropped the team manager to accommodate two more support staff that takes the squad to 21 for the August 18-September 2 Asiad.

“We have four coaches according to the quota for the Asian Games. We dropped the manager, which anyway was unnecessary, so we pressed for two more support staff,” Singh said on the sidelines of the launch of the second edition of the Saksham Pedal Delhi cyclothon here.

“We have a squad of 21, that includes 15 cyclists, 4 coaches, one technician and a physio. As far as the preparation is concerned, I am very happy and confident of a brilliant performance by our cyclists.”

Cycling in India is yet to be considered as a serious medal fetching discipline in major international competitions but Onkar, who took over as the CFI chief three years ago, is confident that Indian cyclists will ensure a podium finish in the 2024 Paris Olympic Games.

India has won just three medals at the Asian Games and a couple of medals in the Asian Championships so far. No Indian has qualified for the Olympics after the 1964 Games in Tokyo.

On being asked about the preparation and expectations from the team in the upcoming Asiad, Singh quipped: “The sprint team is training in Germany now and the others are preparing at the Indira Gandhi Stadium here. I am not very sure about my expectations this time, we are close.”

“Our game is all about timing, we are improving every time. It all depends on the timings we clock on the event day. It’s a gradual process, you can’t jump. It will take another year or so, to reach to that highest level. But I can tell you one thing, we are very close to that level now.

“If you ask me the same question one year from now, I can say we are confident of a gold, but as of now we are close,” he added.

India’s last cycling medals at the Asian Games came at the inaugural edition in 1951, when the men’s team got a silver in team pursuit while Rohinton Noble and Netai Chandra Bysack bagged bronze medals in sprint and time trial respectively.

Prodded further about the mess during the CWG, Singh admitted that there was a misunderstanding due to which the cycling team went ahead without a physiotherapist.

“Yes that time we had a misunderstanding due to which the physiotherapist was dropped from the team. The organisers promised us that they would allow the physio under the general quota but later denied,” he said.

“But this time we are not taking any risks, we have made sure there aren’t any issues. We have pressed for the extra support staff and have got that,” he added.

Asked about the “No Needle” policy, another controversy that hit the Indian contingent at the CWG during which two athletes – race walker KT Irfan and triple jumper VRakesh Babu – were sent back home, Singh insisted that the CFI maintained a strict check on their campers.

“We have already applied for it. We have surprise checks for all the campers every week. We are very strict about it. Cycling is one such discipline where very rarely you will find anyone caught for doping,” he said.

“During the CWG, there were certain administrative lapses due to which two Indian athletes were sent back. There was also a lack of awareness.

“But this time the IOA has already written to every sports federation and also discussed these issues at length during the meetings to ensure there are no lapses during the Asiad,” he added.