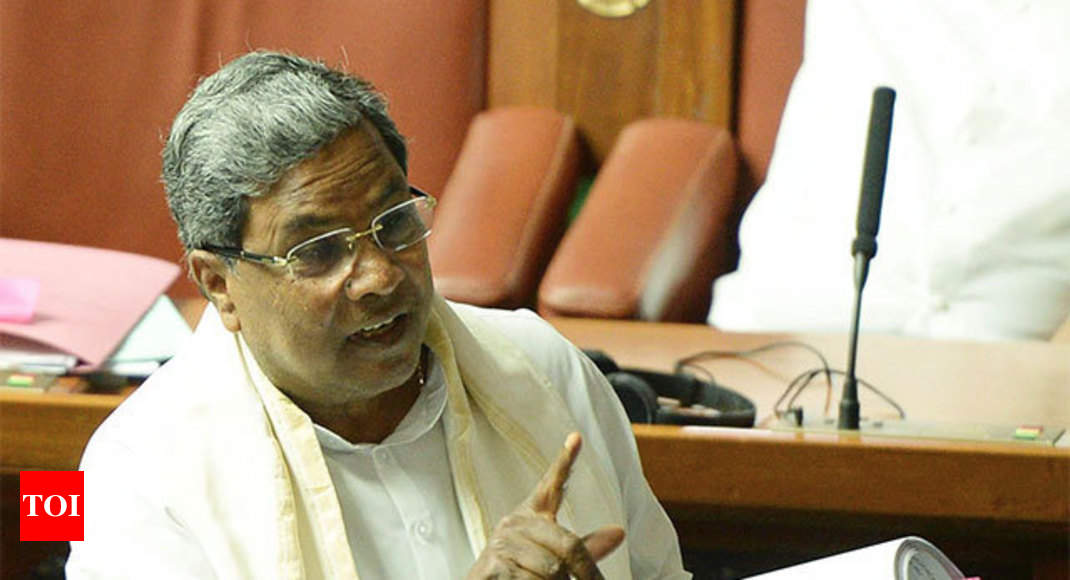 BENGALURU: As suspense looms over what former Karnataka CM Siddaramaiah would do next after expressing doubts over the survival of the JD(S)-Congress alliance beyond a year, heads of two Vokkaliga mutts have said they will not tolerate any attempt to destabilise the HD Kumaraswamy-led government.
The new chief minister, incidentally, belongs to the dominant Vokkaliga community, and the mutts have been at the forefront in backing Vokkaliga political leaders regardless of their political affiliation.

The two pontiffs made use of the occasion of birth anniversary of Kempe Gowda on Wednesday to send a stern political message to Kumaraswamy’s detractors. The community also sees Kempe Gowda, the builder of modern Bengaluru, as its icon. Vishwa Vokkaliga Mutt seer Chandrashekaranatha Swami has asked his community leaders, not excluding those in the BJP, to ensure Kumaraswamy completes five years without much pinpricks. According to the seer, the JD(S) leader is one of the best chief ministers Karnataka has had, and he has now got another opportunity to govern.

Tumkur district-based Spatikapuri mutt head Nanjavadhutha Swami said Vokkaligas would not forgive attempts to dislodge Kumaraswamy. He also issued a veiled threat to the BJP not to fish in troubled waters.

According to Swami, water resources minister D K Shivakumar was being harassed (through income tax raids) because he helped stitch the JD(S)-Congress alliance.

IIT-Madras alumnus and head of the powerful Adichunchanagiri mutt , however, has avoided making any comment on the present political climate.

At another level, Kuruba community leaders are reacting too in support of their community strongman Siddaramaiah.

Kaginele mutt head Niranjananandapuri Swami has warned the Kumaraswamy government against transferring Kuruba community officials occupying good posts. If any of them were to be transferred for political reasons, the community will launch statewide agitation, the Swami has warned.

Kaginele mutt, which represents Kuruba community, has threatened a statewide agitation if the officers belonging to the community were transferred for political reasons.

Siddaramaiah was on Thursday discharged from the naturopathy institute at Dharmasthala after a 12-day treatment. It is to be seen whether he will pay heed to AICC general secretary KC Venugopal’s advice not to make statements, or will hold parleys with MLAs close to him.

The JD(S)-Congress Coordination Committee, headed by Siddaramaiah, is meeting in Bengaluru on July 1, where the issues that have caused the misunderstanding between the two coalition partners are going to be discussed, and AICC general secretary K C Venugopal is confident of sorting them out.