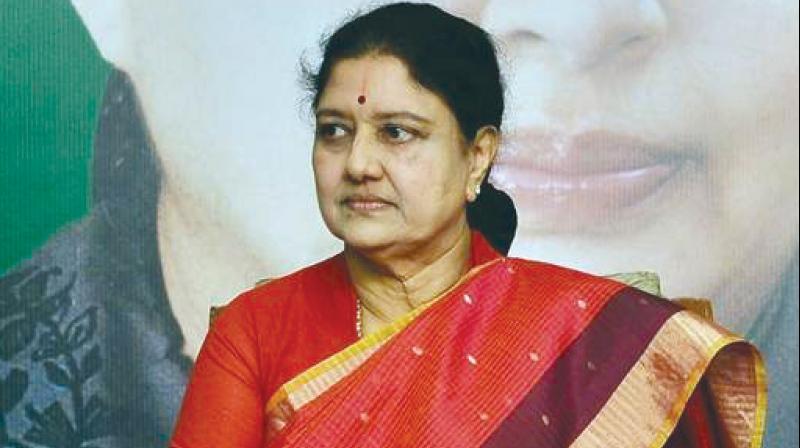 Chennai: Even as the Justice A. Arumugasamy Commission is actively engaged in probing the hospitalisation and demise of former Chief Minister J. Jayalalithaa, the official organ of the ruling AIADMK — Namadhu Amma — has now dropped a bombshell alleging that her close confidant V. K. Sasikala had prevented her from being taken abroad for special treatment and possible cure.

Some AIADMK seniors, including Deputy CM Panneerselvam, had alleged that Sasikala had ignored their plea for taking Amma abroad for treatment. They had also accused Sasikala of preventing them from seeing Amma in her hospital bed. The poetic piece in Namadhu Amma comes as a reiteration of those charges, now made in the AIADMK mouthpiece, that too at a time when Justice Arumugasamy Commission is busy probing the controversial period in hospital.

Hitting out at the Sasikala-TTV family further, the paper said the ‘mafia group’ did nothing towards serving the people or the AIADMK that nurtured them. Fleecing the party members with the lure of party positions and dislodging from the posts those who refused to cough up money, besides collecting money during the selection of candidates for elections, were among the regular deeds by that group, the paper alleged.

‘Fixing’ a rate for not taking to the notice of Jayalalithaa the allegations leveled against certain persons, taking money from the candidates selected by Jayalalithaa during elections by pretending that they (the group) had nominated them as party nominees, heaping up charges on Jayalalithaa loyalists and destroying them and running distilleries to convert their ill-begotten money into white money were mentioned in the list of their ‘deeds.’

The piece also alleged that ‘mysterious’ tales about Jayalalithaa were floated when she was hospitalised. She was prevented from accessing medicare abroad. Waiting for the final departure to “fix the muhurtham to anoint (Sasikala) herself” apart, this “power inebriated gang’s achievements were to capture party and power, way-lay, steal, utter lies, threaten and embezzle”, said the hard-hitting piece.