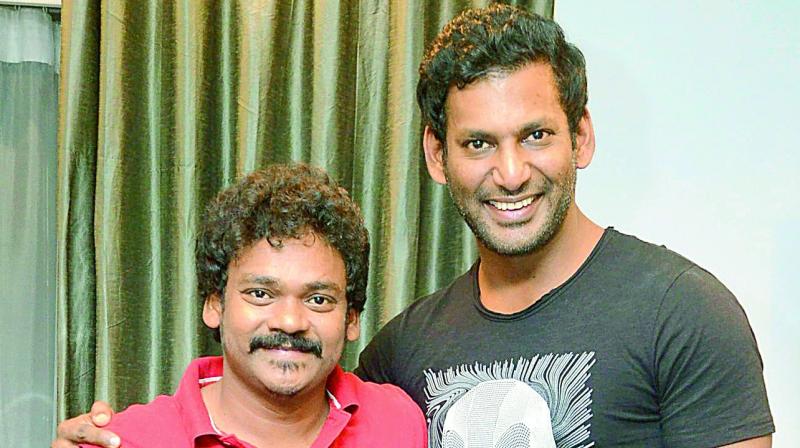 Actor Vishal recently supported Sambho Sankara, a small film featuring comedian Shakalaka Shankar as the lead actor, by releasing a song from it.

Speaking on the occasion of the release, he said, “First of all, I like the title of this film. I have watched a few of Shankar’s films before. Now, he looks different. I see a change in him.” He added that he liked the song too and wished the team good luck.

The film has been directed by Sridhar N. and produced by Suresh Kondeti and Y. Ramana Reddy.  According to Suresh, it will be released in the third week of June. “We want to complete the formalities by June 10 and apply to the censor board for clearance,” he said.