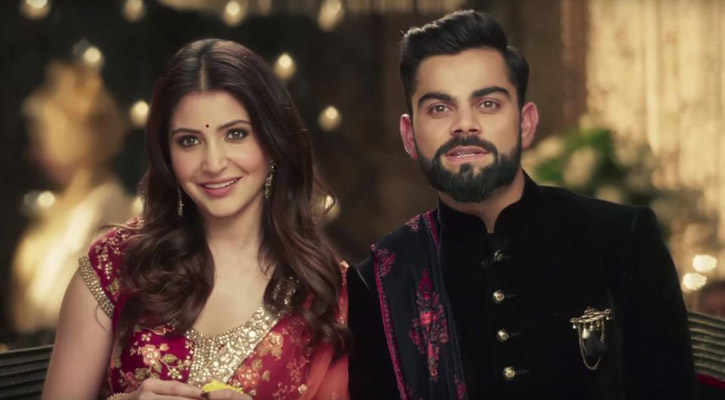 It’s been almost two months since Anushka Sharma and Virat Kohli tied the knot in Tuscany. After a month of celebrations and vacation, the couple got back to work in January. If Virat is busy with South Africa tour, Anushka is shooting for her films. But that doesn’t stop them from cheering for each other every now and then.

After Virat shared the teaser of Anushka’s upcoming film Pari on Twitter on Wednesday afternoon, Anushka found it hard to keep calm after Kohli scored a century in the 3rd ODI against South Africa.

Anushka took to Instagram to express her excitement. The 29-year-old actor posted a picture of Virat playing and wrote, “What a guy” with a love emoticon.

As Virat continued creating havoc on the field, Anushka couldn’t stop herself from sharing more pictures of her hubby from the match.

After keeping every one guessing about their wedding for months, Virat Kohli and Anushka Sharma finally tied the knot in Italy away from media glare and fanfare.

On the work front, Anushka is awaiting the release of Pari.