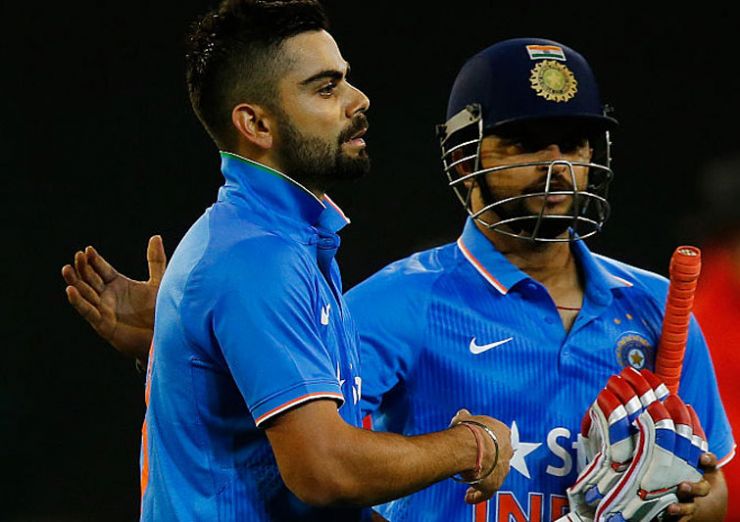 Suresh Raina has thanked Virat Kohli for giving up his No.3 slot in the first two Twenty20 Internationals against South Africa. Raina, who made a comeback into the Indian team after a gap of one year, was promoted up the order to bat at No.3 and has played impactful knocks.

The three-match T20I series is currently level at 1-1 after Heinrch Klaasen and JP Duminy led South Africa to a six-wicket win in Centurion following a 28-run defeat in Johannesburg.

Raina’s wealth of experience as a T20 cricketer will be valuable when India take on South Africa in the T20I series finale on Saturday.

“It is really important. Virat showed that faith in me. If you see, we dominated their bowlers in the last two games. In Twenty20 cricket, it is really important to start well in the first six overs. We have done well in the two games so far. I hope in the next game, which will be a decider, we would (once again) do really well,” Raina said on the eve of the series decider in Cape Town.

Raina also praised Kohli for his work ethics and said MS Dhoni and Ravi Shastri are always ready to give their inputs.

“When you do well in every game, you need to finish really well. That’s what Virat is all about. He never takes things easy. On top of that, when you have a player like MS, Ravi bhai is also there — who gives a lot of input to the players. When you are playing a decider game, it is all about enjoyment. You just need to go out there and win the game for your country,” he said.

Raina is the all-time leading run-scorer in the Indian Premier League (IPL) with 4540 runs. He is currently 122 runs ahead of Virat Kohli (4418 runs), who was also retained by Royal Challengers Bangalore.

“You have to play the shots in the first six overs. Sometimes you get runs, sometimes you don’t. I think when you have a lot of batting depth in the middle order, you need to play really well in the six overs. When you have a good middle order, they can always execute later on. You need to take a chance, especially in the six overs. Definitely, when you are chasing, or when you are looking to score big runs, you can play till the last overs. That’s what we have done as a batting unit,” he added.

‘EVERY GAME IMPORTANT FOR ME’

Raina is looking to resurrect his career after he was overlooked in the 50-over fomat but the southpaw said he is focused on winning the series for India.

Raina was part of the 2011 World Cup-winning team and also played in the 2015 World Cup Down Under. However, he was dropped from the Indian ODI squad following a series of poor scores and last played in 50-over format against South Africa at home in 2015.

“I think the team prospect is very important to win trophies. If you do that, the individual performance is always looked after. I am a guy who always plays for the team. I just need to play each and every game and look to improve my game and get back to the team,” he said.

“If you see the Indian batting order, the No. 1, 2, 3 – they all are batting really well. When you come to 4, 5, 6, MS (Dhoni) is there, Manish (Pandey) is also doing a good job. You need to just see where I can fit in. A lot of matches coming up now. With the new rules, it is always good to get there in and win games for your country. That’s more important than saying which format I am playing. Every India game is very important for me right now,” he said.

After the South African tour, India’s next assignment will be the Nidahas Trophy, a T20I tri-series in Sri Lanka starting March 6.